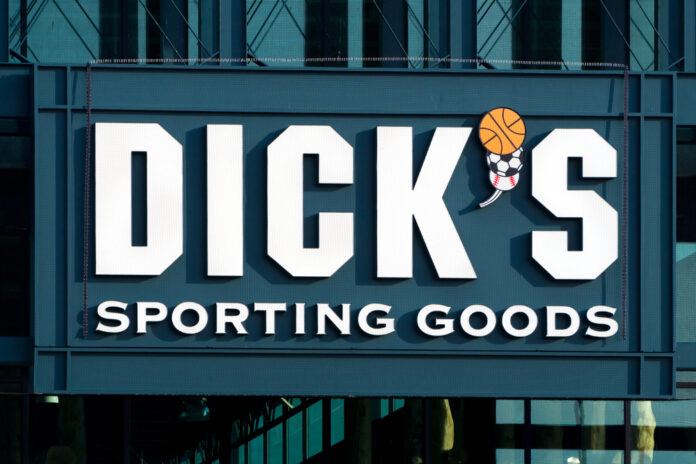 First it started with having Dick’s Sporting Goods to stop selling certain firearms. The criticism from pro-gun people didn’t change the mind of the company’s leadership. Then, a plunge in Dick’s stock prices followed. But, still, the company leadership stuck to their deluded party line.

Now, they have announced that they deliberately destroyed $5 million of the company’s inventory. Not sold it at a profit, but destroyed it. Which is just crazy. But I don’t think this is going to change their minds either. Elizabeth Wolfe and Saeed Ahmed gives us the details:

After finding out that Dick’s had sold the Parkland shooter a shotgun, CEO Edward Stack decided last year the company would no longer sell firearm to anyone under 21. Dick’s announced it would destroy its inventory of weapons, rather than allow them to be sold by another retailer.

Since then, about $5 million of the chain’s gun inventory has been turned into scrap metal, Stack said in an interview with CBS.

“All this about, you know, how we were anti-Second Amendment, you know, ‘we don’t believe in the Constitution,’ and none of that could be further from the truth,” he said in the interview. “We just didn’t want to sell the assault-style weapons that could inflict that kind of damage.

The sad part about all of this, beyond the gullibility of Stack and much of the rest of the anti-gun world, is that they don’t have any understanding as to why any limitation on gun rights is a bad thing. The fact of the mater is that, whether Dick’s or any other store sells firearms, criminals are going to get their hands on them anyway. All Dick’s is doing is cutting their profits and making it more difficult for everyday Americans to protect themselves.

In other words, Stack is only looking at one side of the uses of guns and not taking into account the self-protection aspect.

I’m not surprised to see the anti-gun media ignore the rest of the story, but it’s sad when you see the CEO of a retail chain selling firearms to buy into the lie, which is eactly what Stack did.

Maybe if Stack had informed pro-gun people around him in his office, he might have heard the rest of the story, and this is yet another reason why pro-gun people must keep telling the truth about gun ownership and gun rights and why they are needed.