Home Guns Newsweek Writer Talks Out Of Both Sides Of Their Mouth About Gun... 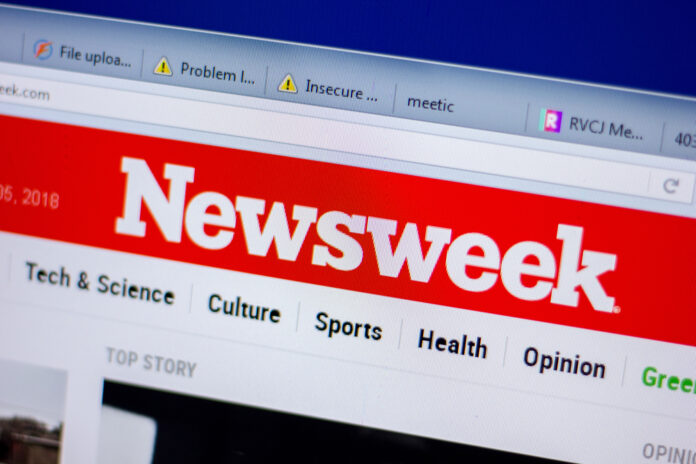 Ah, the mainstream media. A steady source of nonsense and anti-gun propaganda. They never fail to offend the intelligent and rational.

And a recent article from Newsweek doesn’t fail to live up to that reputation. See, a writer named Asher Stockler decided to review a study on the rates of gun-deaths. Of course, being from Newsweek, Stockler tries very hard to slant the analysis of the study toward a very anti-gun viewpoint. But somewhere during the process, Stockler accidentally (I’m assuming that it wasn’t intentional since they write for Newsweek) tells the truth (hat tip to here for the lead).

The study reported that only two states, California and New York, and the District of Columbia saw firearm mortality rates decline across most demographic groups (such as race, sex and age) in recent years. This is notable considering these jurisdictions’ relatively strict gun laws.

Stockler proceeds to detail what he or she thinks is why gun deaths may have decreased in California and New York.

But later in the article, Stockler says something that should be shocking. Stockler writes,

Some states noted for their restrictive gun laws did not see reductions in firearm mortality similar to those achieved in New York, California and D.C.

After the Sandy Hook Elementary School shooting in 2013, Connecticut enacted a sweeping package of gun control legislation, expanding the ban on assault weapons and limiting magazine capacity. While the state saw some decreases in firearm mortality, it was less pronounced than that of California and New York.

Massachusetts, which has strong gun laws including purchaser permitting and school safety measures, did not see a decrease in rates of gun deaths. In fact, the state’s firearm mortality rates increased during the periods studied.

Read that last paragraph again. Massachusetts saw an increase in “firearm mortality rates.” In other words, the strictness of gun control cannot be shown to be the reason for any decrease in gun fatalities in California and New York because they would have also decreased in Massachusetts if that were the case.

So, what did cause the decrease in those states? That is worth researching, but what is clear is that it wasn’t gun control.