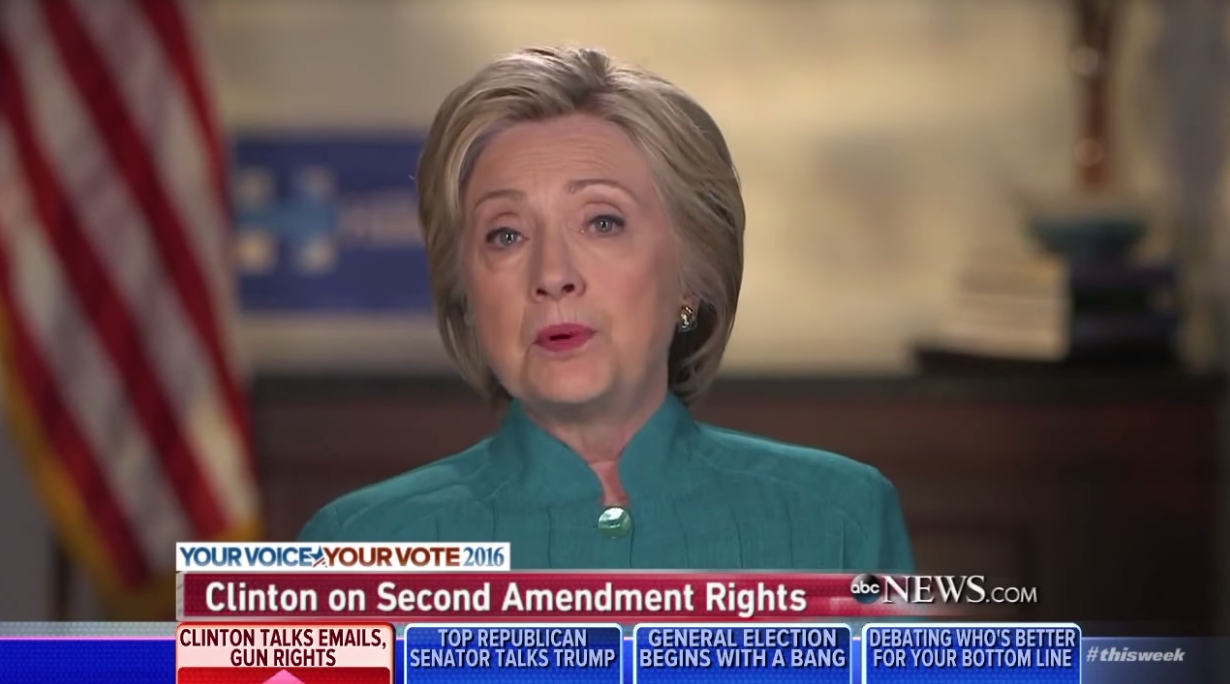 Hillary Clinton is being encouraged to challenge Bill de Blasio to become mayor of New York City. Many of Hillary’s biggest donors and fans call NYC home. All those huge financial-sector corporations who deposited millions into Hillary’s bank account in exchange for speeches, might finally get their money’s worth.

From the perspective of a gun-owner, it might seem that there’s not much more Hillary can do. New York City has already disarmed most law-abiding citizens and already has gun laws that are more restrictive than the many of the European countries that progressives claim they want to emulate. New restrictions on guns will probably be smacked down by a Trump SCOTUS.

A Mayor Clinton probably couldn’t pass actual bans (NYC already banned most popular guns), but she could threaten the entire firearms industry by making it possible to sue gun manufacturers anytime a criminal misuses a gun. Remember that law about manufacturer liability that Hillary was fighting Bernie Sanders about?

Democrats have been plotting a work around to federal law, such as suing the manufacturers of semi-auto rifles on the basis that their products are simply too dangerous to be sold to the public. Hillary could encourage such behavior, the City of New York could try to sue Bushmaster. She also could require gun owners in NYC to buy liability insurance. So yes, believe it or not, gun control can get worse in NYC.

Hillary for NYC Mayor is apparently a real thing, read about it here.