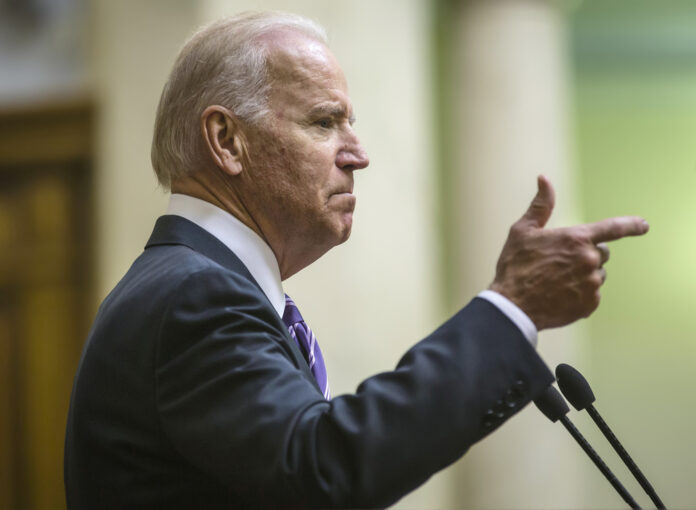 It almost seems like the setup for a joke: If you say that a gun law which prevented a mass shooting is “totally irrational,” then you might be an irrational anti-gunner.

Of course, it’s no joke. Joe Biden actually said exactly that when Texas governor Greg Abbott signed a bill into law which allows people to carry firearms in church in that state. Ryan Saavedra writes,

Biden’s resurfaced remarks come as an attacker opened fire on a church congregation in Texas on Sunday, where he was immediately stopped by a good guy with a gun.

“Dealing with firearms, it is irrational, with all due respect to the governor of Texas, irrational what they are doing,” Biden told reporters on September 2. “On the very day you see a mass shooting … and we’re talking about loosening access to have guns, to be able to take them into places of worship, it’s just absolutely irrational. It’s totally irrational.”

If Biden were anything other than a typical anti-gunner, he would be eating crow right now and backpedaling from these foolish statements. Of course, if the mainstream media were actually interested in informing people of the truth instead of trying to shape our culture into their nonsensical Utopian vision of what a society should be, they would be reporting on this, too.

But, of course, Biden isn’t bringing this up, and the mainstream media is doing their best to bury this story which is why we have to keep talking about it. Why? Because the good guy with a gun really is one of the best hopes to keep people from dying when a would-be mass shooter opens fire, and people need to know this.

So, Which Group is More Violent?