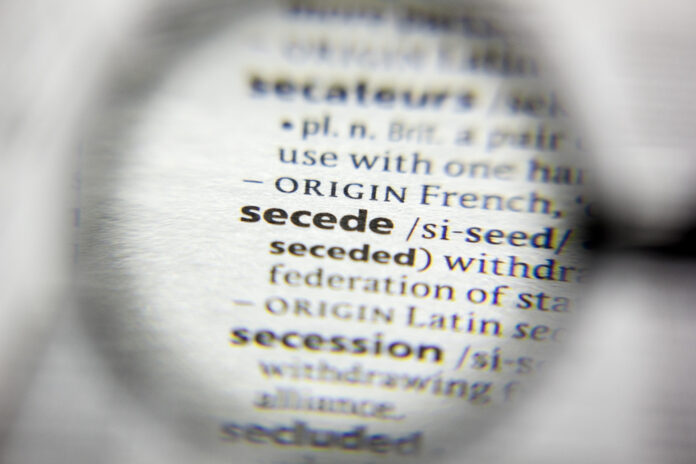 West Virginia offered, and now folks in Virginia are seriously considering it.

What are we talking about? We’re talking about pro-gun areas of Virginia leaving the commonwealth and becoming part of West Virginia.

As more and more average Virginians get sick and tired of Ralph Northam and his anti-gunner cronies trying to take away our gun rights, the possibility of secession to West Virginia is going to appeal to more and more people.. And at least one Virginian has decided to take West Virginia up on their offer. Taj Simmons writes,

A Campbell County man hopes to give voters in Virginia counties the option to secede and join West Virginia because of gun rights concerns.

Rick Boyer created a petition for a “Vexit,” or a Virginia exit inspired by the United Kingdom’s “Brexit” from the European Union.

“Splitting off from an oppressive government and governing ourselves is the most American thing,” Boyer said. “That’s why America’s here.”

Boyer looked for signatures to his petition during a gun show at the Berglund Center in Roanoke on Saturday. He says the possibility of new gun laws in Virginia, as well as the movement in rural Virginia counties to establish themselves as Second Amendment sanctuaries, inspired his petition.

“Folks who are concerned with our 2nd Amendment rights are probably the most motivated, the most mobilized, and the most afraid of what plans our Governor and legislature have,” Boyer said. “This is not a show, this is not politicians talking. This is the voice of old Virginia.”

The idea for a Vexit has also been backed by Liberty University President Jerry Falwell, Jr. and West Virginia Governor Jim Justice.

“Even if it doesn’t completely succeed, it will send a clear message,” Falwell said regarding a possible Vexit in a news conference with Justice last week.

Of course, this effort will face plenty of opposition from anti-gunners in Richmond. Anti-gunners, like most people on their side of the political specturm can’t stand the idea of people actually living their lives unmolested by ignorant people who think that they no better.

But it’s this nonsense which started the #VAGunRightsRebellion and which will motivate everyday Virginians to keep fighting for their Second Amendment rights.

Is This Police Chief Right About Open Carry?