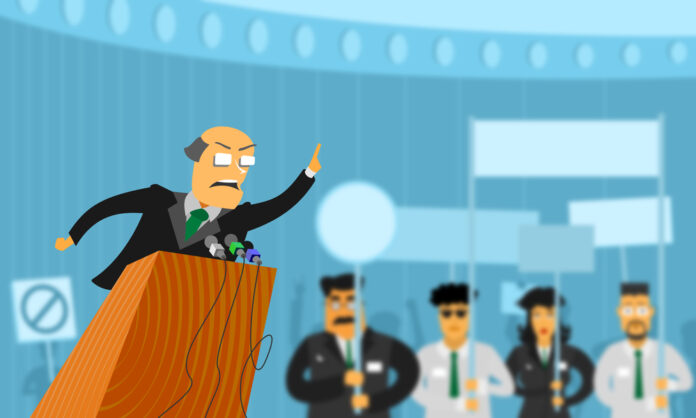 Let’s start with the obvious: “Common sense gun control” is a misnomer. In other words “common sense” has nothing to do with gun control. Gun control just makes the world more dangerous and law-abiding people more vulnerable.

Still, that doesn’t stop the mainstream media from complaining when a “common sense gun control law” fails to pass, and, to be fair, it is a pleasant surprise when you see that failure happen in Virginia where Michael Bloomberg attempted to buy an election to allow Governor Ralph Northam the opportunity to ram gun control down people’s throats.

So, what failed to pass? Joe Fudge (yes, that’s the name on the article) writes,

In their haste to enact far-reaching gun control legislation, the new Democratic majority in the General Assembly inexplicably failed to advance a bill this session that would have increased jail time for people who use a firearm during the commission of a felony.

The bill (HB 1175), which was patroned by Del. Charles Poindexter, R-Franklin, would have increased the mandatory minimum sentence for a first offense of using or displaying a firearm while committing certain felonies from three to five years. It would also have doubled the punishment for subsequent offenses from five to 10 years.

“This gives our prosecutors and our police an excellent tool to use to address those people that really use guns in an illegal fashion,” Poindexter said in support of his bill. “It focuses on gun violence itself.”

But the bill died on a 5-3 party-line vote in the House Committee on Public Safety’s Firearms Subcommittee. The bill was tabled on Jan. 21, the day after tens of thousands of law-abiding Virginia gun owners rallied in Richmond to protest any dilution of their Second Amendment rights.

Now, here is what is especially interesting about this vote: the party line isn’t what you would expect. Fudge continues,

The five Democrats on the House Firearms Subcommittee apparently don’t think [that criminals who commit crimes using firearms should have harsher sentences], or else they scuttled Poindexter’s common-sense bill simply because it was proposed by a Republican.

I’d bet that it was the second point there. Pure politics.

It just goes to show that Democrats are all about the politics and not about the principles at least when it comes to gun control. Hypocrites.

But it wouldn’t surprise me if anti-gunners attempt to resurrect this bill by having a Democrat propose it, so the #VAGunRightsRebellion needs to stay on top of these foolish attempts to pass more gun control legislation in Virginia.