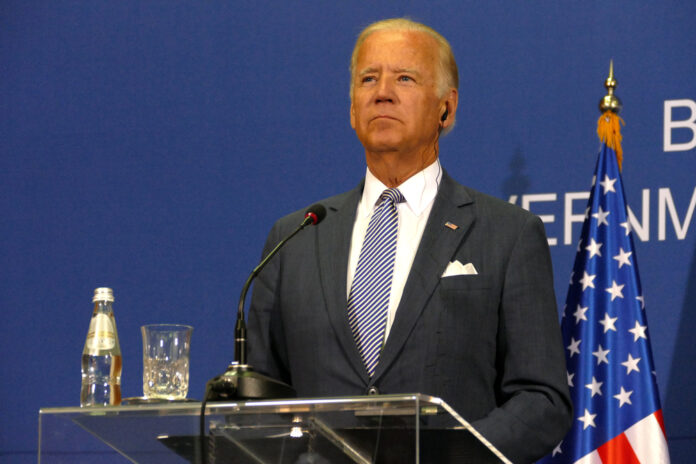 Joe Biden can’t seem to get a coherent sentence out of his mouth, but one thing that he has made abundantly clear in this year’s campaign, despite his inability to make sense when talking, is that he desperately wants gun control across America.

And, sadly, like many anti-gunners, Biden is willing to do whatever it takes, whether legal, ethical, or moral, to get gun control implemented. Lawrence G. Keane tells us about Biden’s latest gun control plan:

As Joe Biden and Bernie Sanders continue to trade blows over who is more equipped to supposedly deliver a knockout punch to the firearms industry, the former vice president has zeroed in on the Protection of Lawful Commerce in Arms Act (PLCAA) — the law preventing frivolous lawsuits that seek to blame members of the firearms industry for the criminal misuse of legal, lawfully sold, non-defective firearms.

Biden is swinging wide to do this, making wild and false claims. Before the debate in South Carolina, he told the state’s gun manufacturers, “I’m coming for you, and I’m taking you down.” He liked the tough talk enough that he reiterated from the debate stage, “And I want to tell you, if I’m elected . . . gun manufacturers, I’m going to take you on and I’m going to beat you.”

Biden’s end goal is ultimately to repeal the 2005 PLCAA. This law, passed with overwhelming bipartisan support and signed by President George W. Bush, ended the politically driven lawsuits aimed at bankrupting the firearms industry. Biden and Sanders want to revive the tactic as they pursue the White House, and they’re using disproven and false claims to make their case.

The PLCAA stopped a series of “public nuisance” lawsuits by activist mayors in big cities against firearms manufacturers over the crimes committed by individuals. That law doesn’t grant immunity, but it prevents others from shifting the blame from criminals to a manufacturer. The firearms manufacturer is no more liable for the crime committed by an individual than Home Depot would be if someone committed murder with a hammer. The PLCAA does nothing more than defend an industry that has been targeted by a series of baseless, politically motivated lawsuits.

Yet Biden still falsely claims that this gives firearms manufacturers blanket immunity. Both manufacturers and firearms retailers can be, and are, held responsible for harm caused by defective products, breach of contract, criminal misconduct, or other actions for which they are directly responsible, the same as any other product manufacturer.

Jonathan Turley, the Shapiro Professor of Public Interest Law at George Washington University, underscored this when he wrote, in an op-ed for The Hill, “Product liability and tort actions against manufacturers have uniformly and correctly been rejected by the courts. Guns are lawful products, and holding companies liable for later misuse of such products is absurd. You might as well sue an axe manufacturer for the Lizzy Borden murders.”

The fact of the matter is that gun control is unconstitutional and immoral and going after firearms manufacturers for the actions of a few individuals is a witch hunt.

We need to do whatever we have to do to make sure that neither Biden nor Sanders win the White House in November because they have both made it clear that they don’t care about your rights.