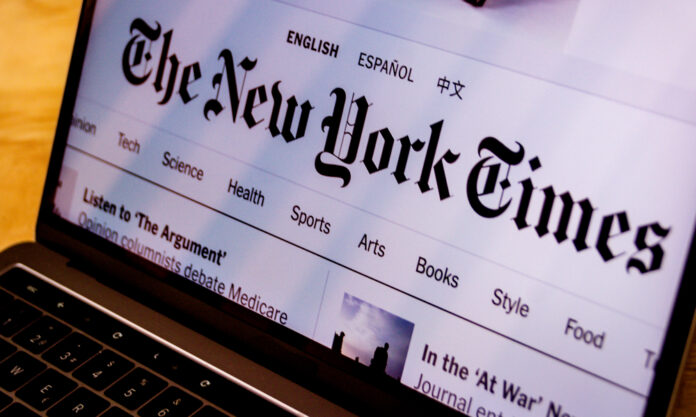 There is a saying in the part of the country where I live that seems appropriate when you hear or read what some anti-gunners have to say about owning guns.

The saying is “You can’t fix stupid,” and that certainly seems to be the case when it comes to reporters from the New York Times. A writer going by the name of Bonchie gives us the details of the latest idiocy:

Enter Nicholas Kristof, who is a long time op-ed writer for The New York Times. If you are trying to put a face with the name, he’s the same guy who went on a propaganda hop in North Korea some years ago and came back praising their “fun” and pizza to try to own President Trump.

Kristof is fretting that increased gun sales in the U.S. will lead to more murders, thereby being a major repercussion of the Wuhan virus.

This comes after numerous reports that gun buying is up right now as people seek to protect themselves from any worst case scenario.

You know who’s not buying guns right now? Criminals looking to go murder people. Kristof’s claim is nonsensical. Those buying right now are doing so to ensure they have the ability to defend themselves in the face of panic, specifically the possibility of looting. There’s a reason the increased sales are happening mostly in the urban areas hardest hit by the virus. These are people who rightly fear a failure by their local government to protect them and are getting prepared.

Some honesty from anti-gunners in the media and government would be nice, but I’ll see it when I believe it. The mainstream media has too much of a reputation for lying when it supports their preferred political viewpoints, and these tweets from a New York Times “reporter” are just more of that same fake news.

Biden Says Police Should NOT Do 1 Thing. What Does That...