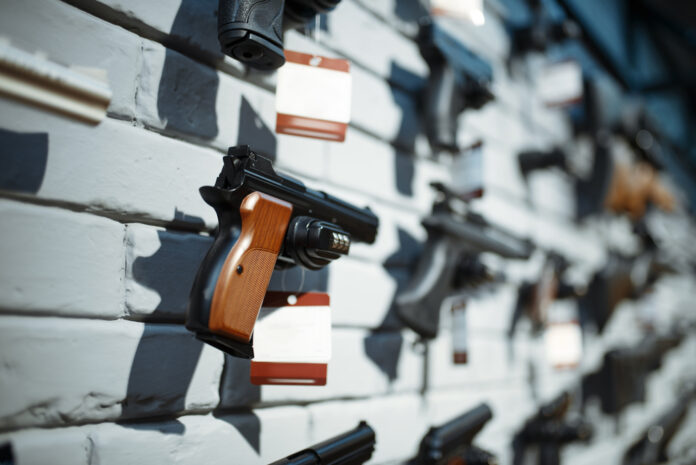 It never ceases to amaze me what people will assume will happen during a crisis. I mean, do people think that most people suddenly become friendly to people that they don’t know?

No, human nature is to protect themselves and their loved ones from everyone else. And that’s why even anti-gunners are trying to buy guns during the coronavirus panic (You didn’t think that those folks were hoarding toilet paper to share with their neighbors, did you?). John R. Lott, Jr. tells us the truth about this situation:

In the 21 days from February 23rd to March 15th, Ammo.com saw a 309% increase in ammunition sales revenue compared to the preceding three week period. The greatest sales growth occurred in states with the most reported coronavirus cases. Bordering states also experienced dramatic increases, perhaps because people knew that the virus was on their doorstep.

Americans see what is happening abroad. Italy’s healthcare system has collapsed, and doctors must now engage in battlefield triage by only treating those patients who are most likely to survive. The Swiss hospital system is said to be just days away from a similar fate. Italian police have their hands full right now just with enforcing the nationwide coronavirus lockdown.

The United States may be doing better than Europe, but businesses and schools are also shut down. Grocery store shelves are empty.

There may not be any zombie apocalypse in store for us, but many people are anticipating having to fend for themselves. The resulting run on gun stores has overwhelmed the gun background check system. Gun sales would be even higher, but licensed gun dealers have been getting busy signals when they try to contact the relevant federal and state agencies. Dealers have told me that they are having an “impossible” time completing background checks.

You know what the saddest part about this article is? It’s that Lott had to write it. It’s that there are Americans who are so absolutely clueless about human nature that they don’t understand why even other anti-gunners are trying to buy guns to defend themselves. It’s that anti-gunners think that gun ownership is about the wish to commit violence instead of the truth which is that gun ownership is about protecting yourself and your loved ones.

Fortunately for you, though, you have sites like this to pass on this information to you so that you can educate the clueless people of the world (which is a category that all anti-gunners fall into).