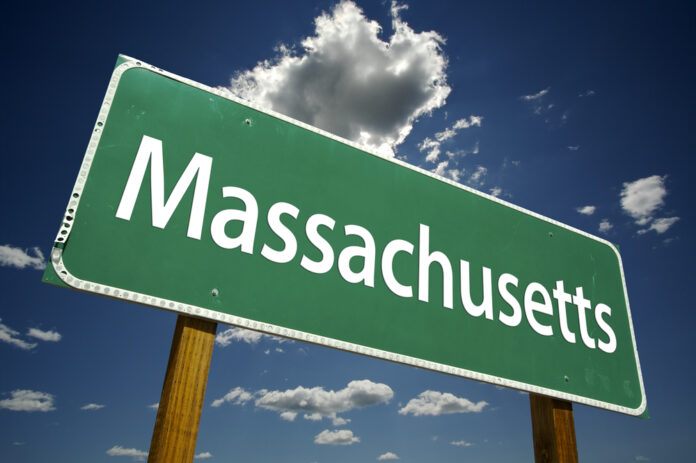 The first thing which may surprise you about the headline above is that anyone is fighting for gun rights in Massachusetts. After all, Massachusetts has a history as a very politically left state.

But the truth is that there are people fighting for gun rights in Massachusetts, and it is a group of people that leftists will be shocked to see supporting gun rights: women (hat tip to here for the lead). The Massachusetts Women Gun Owners organization wrote a letter to Massachusetts Lieutenant Governor Karyn Polito taking the state to task for their stance on gun rights during the COVID-19 situation. LaKasha Robbins writes for the organization,

RE: Growingly Disenfranchised Women of the Commonwealth

As a woman, I am sending you this letter today to express my deep concern regarding the intentional shutdown of access to a critical civil right. The Second Amendment is the only civil right that guarantees our ability to defend ourselves against violence. This is especially important when the ability of public safety officials to respond in a timely fashion is stretched thin as it is given the current public health emergency.

Women represent the fastest-growing segment of new firearms owners in the United States. A significant portion of those women are women of color or represent other increasingly – disenfranchised demographic groups of women. The right to keep and bear arms is enshrined in the U.S. Constitution as a fundamental civil right like the Second Amendment.  The Founding Fathers specified this natural right to secure our nation and ensure citizens had the means to protect themselves and their loved ones. Our heroic Law Enforcement Officers are a blessing in helping women being safe; however, law enforcement rightfully recognizes that they are unable to guarantee the safety of any individual citizen. They are there to keep the peace and enforce the law. As did our Founders, our present-day law enforcement officials concede that self-defense is an individual responsibility. This fundamental Natural Right (i.e. God-given) allows us to protect ourselves and our families from domestic violence and other acts of violence to which women disproportionately fall prey. Considering the current public health emergency and the potential threats that could result from it, this is not the time to disempower women – or any other Americans, for that matter.

Currently, the Administration is blocking many avenues that would allow women to exercise their rights to protect their lives and the rights of those they love and care for. I urge you to take a stance and represent the women of our Commonwealth by working to remove the discriminatory practices by the Administration against our community.

Please work with the women in our Second Amendment community to establish the following:

– Issue an emergency order extending all firearm related licenses, including retailers, for 180 days past the end of the COVID-19 crisis, or until they can be processed.

– Re-classify firearm retailers and shooting ranges as “essential” entities. These places are essential to exercising our Second Amendment rights. The Administration initially released guidelines based on the federal guidelines and included the classification of firearms-related activities and businesses as essential only to later rescind that specification. That resulted in confusion and further increased the disenfranchisement of women and other demographic segments of Second Amendment supporters.

– Work with retailers, clubs, etc. to establish health-related guidelines that will allow all activities while complying with risk mitigation requirements (social distancing, masks, disinfection and other things needed to mitigate risk)

– Order the State Police to reactivate firearm safety training using the protocols necessary for safety. This is a state mandate for citizens attempting to exercise their civil rights. Shutting down certified training is shutting down access to a protected right.

– In general work with our community and cease actively working against us.

We look forward to your ideas and your support in keeping the women of the Commonwealth safe.

Good for Robbins for having the courage to stand up and (courteously) request a return to sanity when it comes to guns in Massachusetts.

If you live in Massachusetts, we encourage you to also contact the Lieutenant Governor’s office with the same request.

If you live in another gun control lock down state, consider using this letter as a template to work to move your state towards a return to Second Amendment rights.