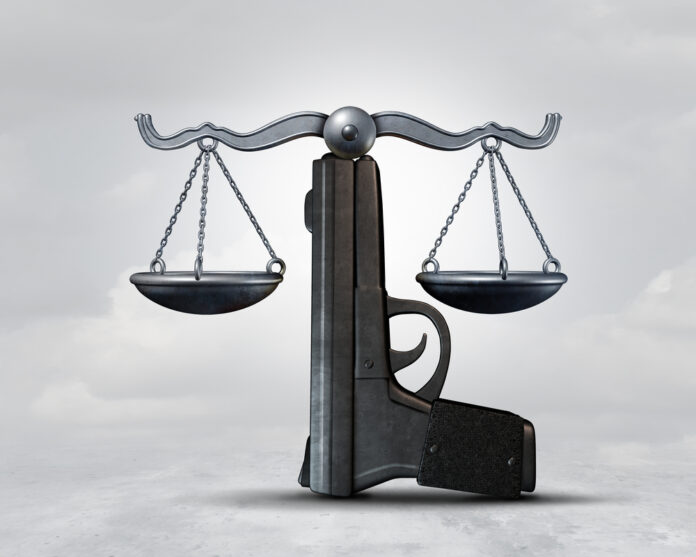 This may just be an idea whose time has come. Maybe it’s time for gun rights supporters to stop reacting to what anti-gunners do and to actually go on the offensive by taking anti-gunners to court before the anti-gunners can take out their fury on those advocating for gun rights.

You can see this idea in play in this story of a gentleman in Virginia who has preemptively filed a lawsuit challenging red flag laws because he knows that some anti-gunner is going to abuse the law and use the government to rob him of his guns (hat tip to here for the lead). Tyler Hammel writes,

Filed earlier this month in federal court in the city by Joseph Draego, the suit targets a law that allows authorities to obtain an emergency substantial risk order that prevents a person from obtaining, possessing or transporting a firearm for up to 14 days.

The lawsuit names as defendants Joe Platania, commonwealth’s attorney, and RaShall Brackney, chief of police, and argues that any attorney for the commonwealth or a police officer has the ability to seek such an order.

In addition to arguing that his Second Amendment right to bear arms is being violated by the law, Draego additionally claims that his First, Sixth, Seventh and Fourteenth Amendment rights are violated.

According to Draego’s argument, the red flag law allows for “any relevant evidence” to be considered, including “a person’s speech or expressive activity.”

“Mr. Draego plans to refrain from engaging in lawful expressive activity to avoid losing his ability to possess firearms, a right which is especially important to him,” the complaint reads.

To bolster his First Amendment argument, Draego cites events that led him to file a similar federal lawsuit against the city of Charlottesville in 2016.

The sad part about this whole situation is that Draego is absolutely right. Some people will want to take revenge on him for having opinions that they don’t like by using the government to take his guns under red flag laws. It’s an unconstitutional situation which the laws have put him in, and this fact is true regardless of what his opinions are on any issue because our rights are freedom from having someone physically act against them. In other words, the First Amendment right is the freedom from other people being able to physically stop you from saying what you want on your own property.

But that attitude isn’t popular with anti-gunners and other leftists who want to control how we think, too.

If there is any justice in this world, Draego should win this court case cold, and red flag laws should be thrown out in Virginia. If successful, this may be an effective tactic to use to fight red flag laws where you live, too, so you may want to keep an eye on this case.