Home Guns Why You Need A Firearm: It’s No Accident That The Government Can’t... 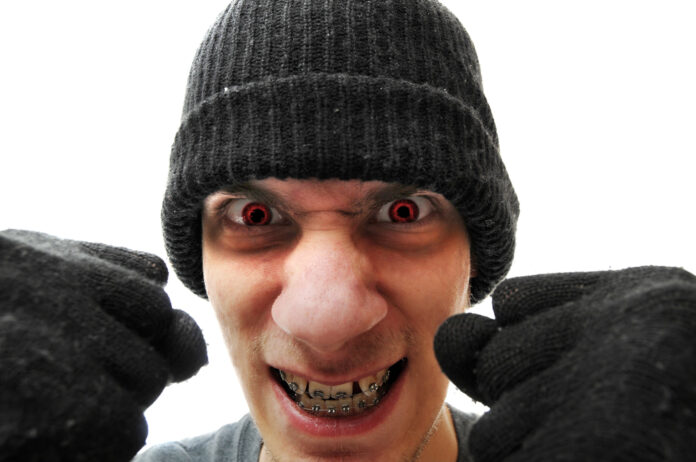 You might be surprised to learn that there are people in America who want to hurt you. Also, the way many people act, calling for gun control laws to “protect the children,” it seems clear that a large number of Americans are under the (maybe) sincere, but completely misguided assumption that government will protect them and that guns are evil in and of themselves.

These people are naive at best and useful idiots at worst.

Because the fact of the matter is that many of the people on the gun control side of the political aisle want to hurt people. They don’t want the government to protect you. And it’s plain as day for anyone who is paying attention. Roger Katz writes,

Radical Left State and local governments are no longer even allowing their police departments to provide a modicum of protection for their community. This follows from the unrestrained actions and antics of volatile Marxist and Anarchist groups to whom they kowtow. They have called for the defunding of, and disbanding of, community police departments across the Country, and some jurisdictions have done so. In New York City the Radical Left Mayor, Bill de Blasio, has slashed $1 Billion from the NYPD budget. This comes at a critical time when soaring crime and daily riots demand more funding for police, not less.

This is a major change because the average American can, now, no longer depend on the police to provide even general protection to the community.

It must be noted, too, that there are attempts by Marxists and Anarchists to rewrite the laws on sovereign immunity, so as to hold police accountable for harming citizens. This is not for the purpose of securing more police protection, or to make the police more accountable to the law-abiding public at large.

On the contrary, the purpose of overturning police sovereign immunity rulings is to provide the public with less protection and, at the same time, to allow lawless rioters, looters, arsonists, and assailants to engage in attacks on the police and on innocent people without having to fear justifiable retribution for their lawless acts.

So, in some ways, matters have changed. Radical Left Governments are leaving communities less safe by preventing the police from promoting law and order, while they are prevented from protecting themselves as lawlessness occurs all around them, rendering them powerless to engage lawbreakers.

The public sees the disturbing results: demoralized officers and less safe communities as police are not permitted to provide communities with even a modicum of safety. This obviously is not for the better.

Moreover, even as Radical Left Government leaders restrain and constrain the police, they continue to resist recognition of the fundamental, unalienable right of the people to keep and bear arms for their own defense. These Marxist leaders demonstrate their contempt for the very sanctity of human life, even as they claim disingenuously to care about human life. They don’t care and they never did. Theirs is a recipe for disaster: for a complete breakdown of law and order in society.

But a breakdown of society is precisely what these Radical Left Governments want. They wish to tear down the Nation, so they can reconfigure it in a manner completely at odds with the preservation of the free Constitutional Republic that our founders gave us.

Despite the intentions of the Radical Left Collectivists, they can’t subvert the dictates of natural law. Natural law dictates that the right and responsibility of self-defense rests today, as it always did, on the individual.

Americans must not listen to the seditious Press and duplicitous politicians who claim that defunding or eliminating the police is necessary and, who claim, at one and the same time, the necessity for curbing the personal right of armed self-defense as well; and that taking these actions will improve society. That is not only false, it is absurd. The seditious Press and Radical Left politicians don’t have, and never did have, the best interests of the Nation or its people at heart. This is now transparent and, given the present state of affairs afflicting our Country. This fact is irrefutable.

Katz goes on to say that, in the past, he has never felt like everyone must own a firearm, but he feels different now. And I would agree with him.

With the increasing violence from the anti-gun side of the aisle, it seems clear that government in many parts of the U.S. is becoming even less able to protect you than before. Therefore, you have both the right and the responsibility to arm yourself and to protect your family and yourself.

Because, when push comes to shove, there’s a good chance that you’re the only one who can do it.