Home Guns Democrats: If We Can’t Have A Leftist Court, Then We’ll Make New... 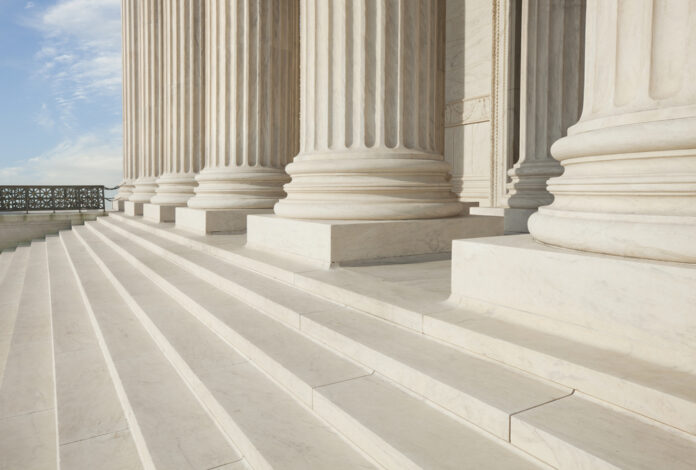 Have you ever played a game with someone who so hated to lose that they started changing the rules once it looked like they were going to lose the game?

Little kids do this all the time. If you’re winning, then, suddenly, it’s, “You can’t do that!”

So, I guess, this is just another example of how much anti-gunners are like spoiled little children.

What do I mean? Well, Democrats (who are, overwhelmingly, the anti-gun party) are scared that they are about to lose the left-leaning bias that the Supreme Court has shown during my entire lifetime (and I’m not a kid). So, because of their fear that an originalist, namely Amy Coney Barrett, probably will become the next Supreme Court justice, Democrats are threatening to change the laws about how long Supreme Court justices stay on the court (hat tip to here for the lead). Victor Morton writes,

Democrats plan to introduce a bill next week that would abolish life tenure for Supreme Court justices.

The bill would give each president the right to pick two justices per 4-year term and limit those choices to 18 years on the high court.

“It would save the country a lot of agony and help lower the temperature over fights for the court that go to the fault lines of cultural issues and is one of the primary things tearing at our social fabric,” said Rep. Ro Khanna, California Democrat and a co-sponsor.

The other two House sponsors are Reps. Joseph P. Kennedy III of Massachusetts and Don Beyer of Virginia.The bill comes as Democrats are fuming over President Trump’s plan to replace the late Justice Ruth Bader Ginsburg, solidifying a conservative majority on the court. This anger also has fueled demands that Democrats “pack” the court by expanding its size and adding their appointees.

Of course, the folks presenting the bill are presenting it as a way to “prevent suffering.” Never mind that it’s the supporters of these kinds of bills who are causing suffering in our country by rioting and demanding that other people conform to their will. While the people who support the Constitution (which puts justices on the Supreme Court for life precisely with the intent of preventing a political court) are the people whose attitude is, basically, do what you want if it doesn’t hurt anyone else, but leave me out of it and don’t try to make me pay for it.

But, as we know, leftists are anything but willing to be responsible for their own actions.

Fortunately, right now, we have a Republican-controlled Senate which should kill this idiotic bill, but it says a lot about the lengths that leftists will go to try to get their way at any cost.