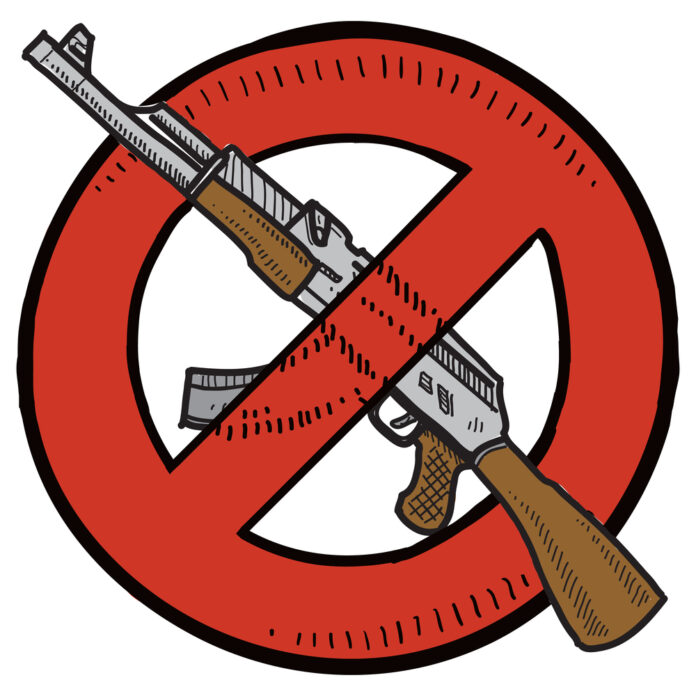 Now, it’s no surprise that anti-gun politicians hate gun owners. Just their policy positions and their assumption that gun owners only want to own guns because they want to hurt people makes it clear that they are already wildly biased against gun owners.

But it isn’t just big league politicians like Joe Biden and Kamala Harris or governors like California’s Gavin Newsom or New York’s Andrew Cuomo who are problem makers. No, the problem goes down closer to the local level in which local prosecutors and judges turn their anti-gun bias against gun owners who haven’t even committed a crime in an effort to ruin that gun owner’s life. Just for the “crime” of legally owning a gun.

[His filming of leftist demonstrations] all came to a head on July 7th, 2016, when I was filming a Black Lives Matter protest in downtown Portland. This was before one could assume that violence and destruction were going to happen. I was just standing there, holding a video camera on a monopod, filming the speakers on the steps of the Justice Center. I wasn’t there to argue with anyone or instigate anything, as I preferred a fly-on-the-wall style of filming protests.

A gang of antifa thugs made the conscious and deliberate decision to stage a physical altercation with me. They made a b-line right for me and started attacking me. I tried to get away, they kept coming after me, and with no police around, I eventually drew down on them with my legally carried Glock 27. Fortunately they all stopped coming at me at that moment, they ceased to be threats, and I reholstered, without firing a shot. Every move I made was in reaction to what other people were doing to me. Had I waited another second or two, until their bodies were on top of me, there would not have been that buffer zone, and there’s a significant chance that I would have had to do the unthinkable. I’m very thankful they all finally stopped and backed away from me at the point that I drew, and that that was the amount of force necessary to prevent them from doing further harm to me.

I reholstered after having my gun out for 7 seconds, just enough time to neutralize the threats. I was in a bit of a state of shock. I couldn’t believe I was in that predicament and I had to draw. I continued to retreat up the block until police eventually showed up. To arrest me.

I attempted to explain that I had been attacked and that my actions were in self defense and that I had a Concealed Handgun License, but they didn’t care about anything I had to say. They didn’t even want to watch the video of it on my camera. They threw me in jail.

Deputy District Attorney Kate Molina then cited a false police report at my arraignment involving a completely separate matter, and used it as justification for charging me with felonies and keeping me in jail on $250,000 bond.

While Strickland was out on bail, he was banned from blogging, which was his source of income. He was also banned from being able to speak about this incident to the media.

Essentially, Strickland was stripped of both his voice and his income simply because he drew his legally-owned firearm in self-defense.

Here’s the thing that you need to take away from this: Strickland did nothing illegal or wrong, yet, he was the one who was punished. This is what a local anti-gun prosecutor and/or court can do to you.

And this is why you must fight to get Constitution-following people elected at all levels of government, even the lowest local level political office. Your freedoms may very well depend on it.