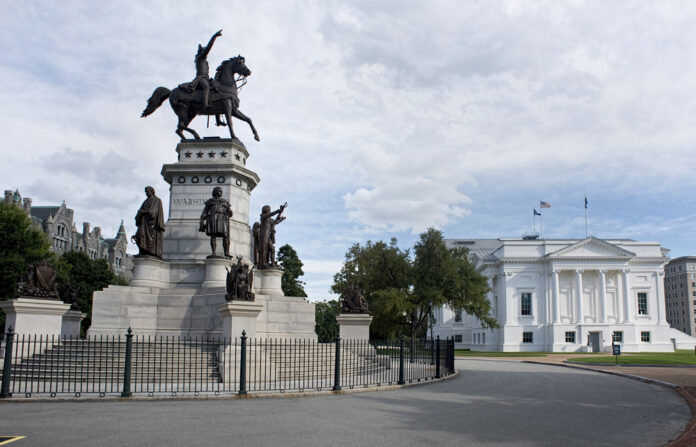 Charlottesville. You remember the protests, right? People were killed, and the media smeared pro-gun people as white nationalists (who were also there) and blamed anyone not sympathetic to Antifa as a racist.

And plenty of suckers who blindly follow the mainstream media bought it lock, stock, and barrel.

Now, with the #VAGunRightsRebellion in full swing, a former naval officer warns that the media could be planning to turn the upcoming January 20, 2020 Lobby Day in Richmond, Virginia as another Charlottesville because a number of pro-gun folks are planning to be there. Matt Bracken writes,

The more I ponder the mass demonstration being promoted by the Virginia Citizens Defense League for the annual Lobby Day at the Richmond Capitol, the more it looks like a disaster in the making. I wish it were otherwise, but I see many times more downside risk than possible upside benefit.

Even if Virginia Senate Bill 16 is passed, banning nearly all semi-automatic firearms, the new law will be challenged in court, and given the potential dire outcomes, the case will rapidly ascend to the SCOTUS. This process will take years, and Governor Ralph Northam and the Democrat majority in the legislature may be voted out in the meantime, and the law overturned. So why, before all that happens, go charging into Richmond in just a few weeks? Will rabidly anti-gun urban Democrats be convinced to change their minds because of a mass rally by their despised deplorable enemies? Not a chance. Instead, it will only harden their resolve.

Bracken lists a best case scenario of nobody gets seriously injured, but he still believes that white nationalists, such as real Nazis, will actually show up, thus giving the anti-gun media plenty of fodder to smear law-abiding and sane gun owners with the racist and Nazi tags. Never mind that that couldn’t be further from the truth.

Of course, his potential scenarios get worse from there, and we hope that it doesn’t go there.

Really what needs to happen is that the people who show up in Richmond need to stay calm. They need to not look like the media stereotype of the fringe racist that the media can use to exploit for their dishonest “coverage” of the event, and they need to calmly let the anti-gunners in Richmond know that they need to take their anti-gun nonsense back to the cities where they came from and leave the rest of the state alone.