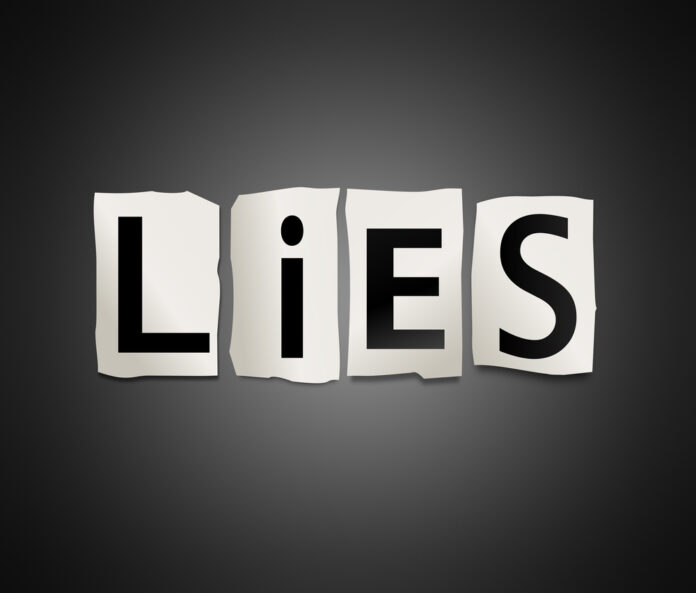 With half of the states in the U.S. having passed some version of Constitutional carry or permitless carry, it’s no surprise that the anti-2A propaganda machine has started pumping out more and more disinformation as they panic about losing the possibility of stripping you and me of our Constitutional rights.

You may be more familiar, though, with a synonym of the word “disinformation.” That synonym is “lies.”

That’s right, anti-2A zealots are spreading lies about Constitutional carry. Dave Workman gives us just one of the many examples of these lies. Workman writes,

And the New York Post editorialized fearfully about the potential for increased violence if the Supreme Court rules within the next two months that New York State’s pistol licensing scheme requiring proof of “proper cause” to get a carry permit is unconstitutional.

In every case, authors of these opinion pieces exercise what might generously be called faulty reasoning to make their arguments.

The New York Post editorial drumming up fear over an affirmative high court ruling in the case of New York State Rifle & Pistol Association v. Bruen—challenging the state’s good cause requirement to exercise the right to bear arms essentially lumps honest citizens in with criminals who already carry guns illegally, without a permit.

“And make no mistake,” the editorial alarmingly warns, “New York, which is in the midst of an alarming surge in gun crimes, needs at least some restrictions on who gets to own and carry guns… The last thing New York needs is for every Tom, Dick, and Harriet on the street to be carrying.”

Who does the Post editorial board think is responsible for all of this violence? It certainly isn’t honest citizens who can’t carry guns. The illegally-armed thugs against whom good people wish to defend themselves since the police apparently can’t are doing all of the shooting.

So, what is the specific lie here? It’s the implication that legal gun owners, who are rarely ever the ones committing gun crimes, are to blame for the surge in gun deaths in New Your City. But, statistically, it’s not legal gun owners causing those gun deaths; it’s criminals who aren’t legally allowed to have a gun anyway who are committing those crimes.

And that’s not even addressing how many defensive gun uses happened during the same time period.

Of course, I could go on for days just listing out one lying and misleading story after another against legal gun ownership, but you get the idea.

Just be aware that this nonsense is out there, and there are foolish people who believe it.