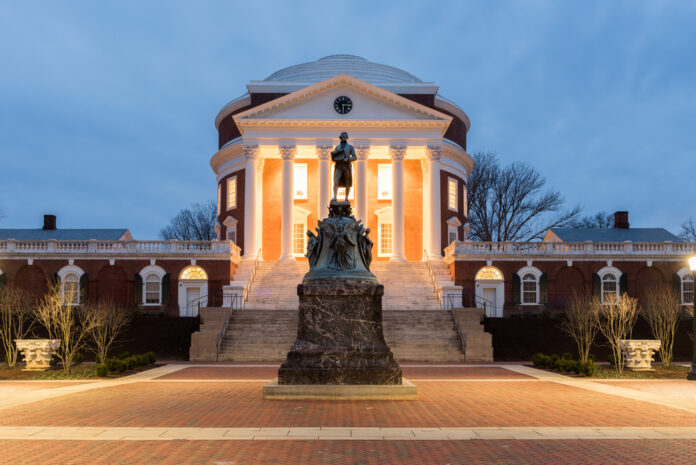 If you haven’t heard already, a student at the University of Virginia shot and killed three fellow students on November 13, 2022. Like all active shooting incidents, this whole situation is tragic, horrible, and shouldn’t have happened.

Unfortunately, like nearly all active shooter situations, those on the anti-2A side of the political aisle have been trying to use this shooting to push gun control while they and their legacy mainstream media cronies have been conveniently overlooking and ignoring the facts of this case that show that the problem here wasn’t a lack of gun control. No, the problems leading up to this shooting were proof of how gun control fails. Again and again.

See, what you probably don’t know (and they don’t want you to know) is that the shooter exhibited all sorts of warning signs, including gun-related criminal activity, at least a year before the shooting occurred. If gun control worked, then, this guy wouldn’t have been able to have guns to commit the crimes. But he did (hat tip to here for the lead). Kris Rhim writes,

More than a year before he was charged with shooting and killing three fellow University of Virginia students, Christopher Darnell Jones Jr. appeared in a music video holding a gun and rapping about murder and his own mental troubles.

The video, posted on YouTube on Aug. 15, 2021, features Mr. Jones, another rapper and others dancing and aiming guns at the camera, and it adds to the questions surrounding the university’s investigation of Mr. Jones in the months before the shooting. He had left a trail of warning signs, including a concealed weapon violation and a felony charge that was pleaded down to a misdemeanor.

While the university started investigating Mr. Jones in September, after another student had reported that he had mentioned having a gun, officials did not interview him because he had refused to cooperate, they said. Nor did anyone from the university search his room, which would have revealed a cache of weapons and ammunition.

All of these warning signs, yet, nothing happened to Jones to prevent him from being able to shoot anyone.

And we’re supposed to believe that gun control would work to prevent gun violence when nothing happened with such clear indications that violence seemed to be likely to come from this individual?

No, gun control doesn’t decrease gun violence. It increases it, and it simply disarms the law-abiding among us to make us less able to defend ourselves from criminals.