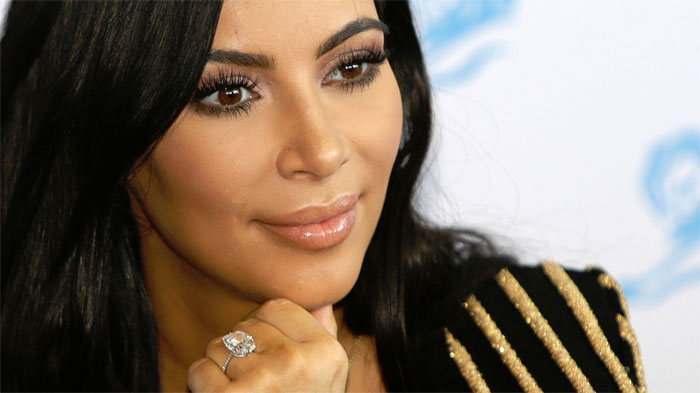 It was because she was the victim of a home invasion where she was robbed at gun point in Paris, France.

Since everyone is already talking about it (even Hillary Clinton) let’s quickly see what we can learn from this incident.

Kim K Got Robbed At Gun Point In Paris, France During A Home Invasion …

Kim Kardashian was in Paris for fashion week and staying at an apartment when she became the victim of a home invasion/armed robbery late at night.

Multiple armed men — according to some reports dressed as policemen — broke into her apartment at the Hôtel de Pourtalès, restrained her with zip ties and duct tape, and robbed her of anywhere from $4 to $10 million worth of jewelry.

While the internet goes crazy talking about it, let’s learn something from it.

1. Gun Control Does NOT Stop Criminals From Using Guns

I am putting this first, because I must be honest I was actually with the NRA when I first heard about this robbery who posted immediately about how the VERY strict gun control laws in Paris did nothing to protect Kim K from getting robbed at gun point: 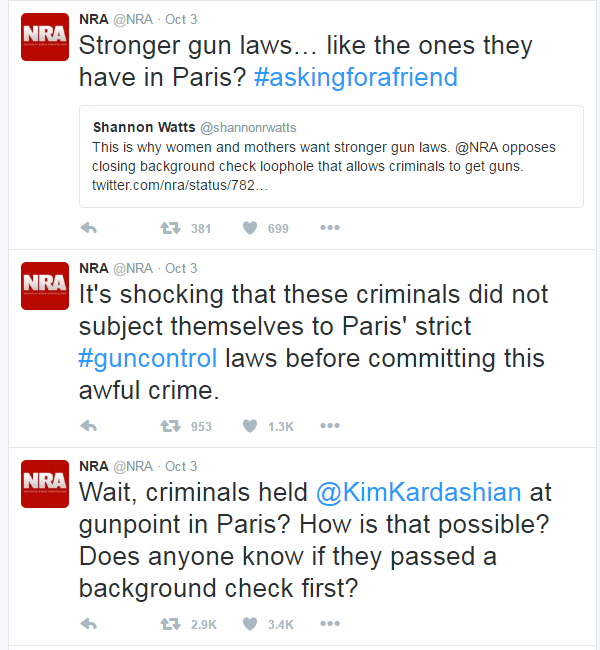 This is because Kim Kardashian has been VERY outspoken … and I would hasten to point out … VERY wrong on supporting gun control.

From spreading the myth of the “terror watch list” propaganda to thinking that more gun control will stop criminals. 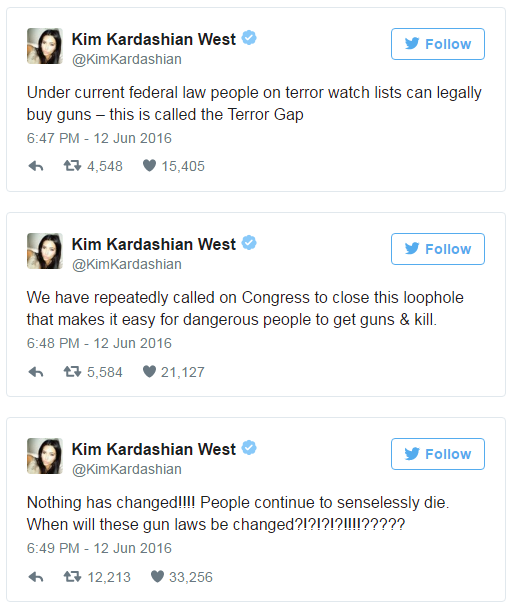 To outright misinformation — because she’s ignorant of the facts (I said ignorant, not stupid, calm down) — saying things like you can just buy guns online like an Amazon.com order with no background checks: 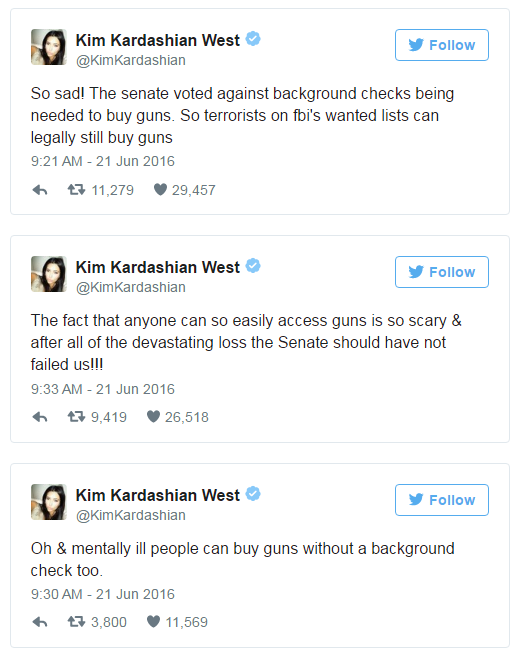 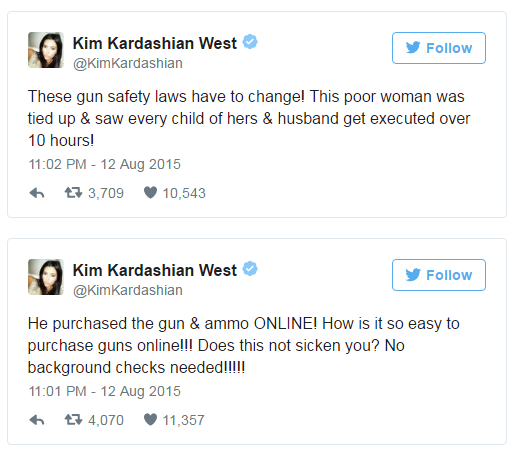 It’s a fact that Paris, France has some of the most restrictive gun control laws in the world.

In fact, guns are practically impossible to get for the average civilian there. Actually carrying a gun legally (concealed or open carry) is truly impossible as I understand it.

And then Kim K gets robbed at gun point recently

As the GOA re-tweeted: “Its terrible that Kim Kardashian was held at gunpoint. Its worse that she couldn’t shoot back.” Amen to that. 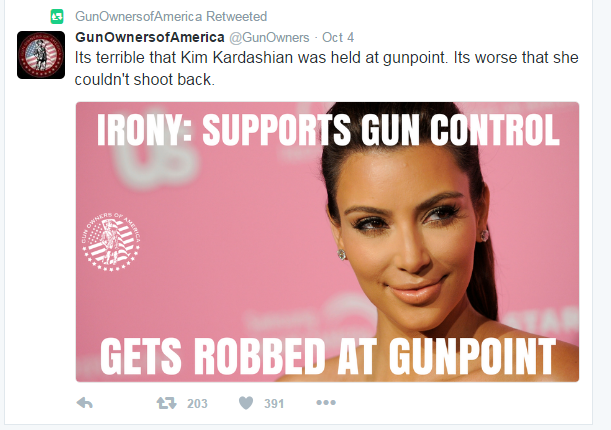 2. Don’t Flash Your Valuables And Location All Over Social Media

Kim K posted to various social media accounts days before the robbery both where she was and pictures of the valuables she had. Like this post from a few days earlier of a new ring worth more than $4 million according to some sources. 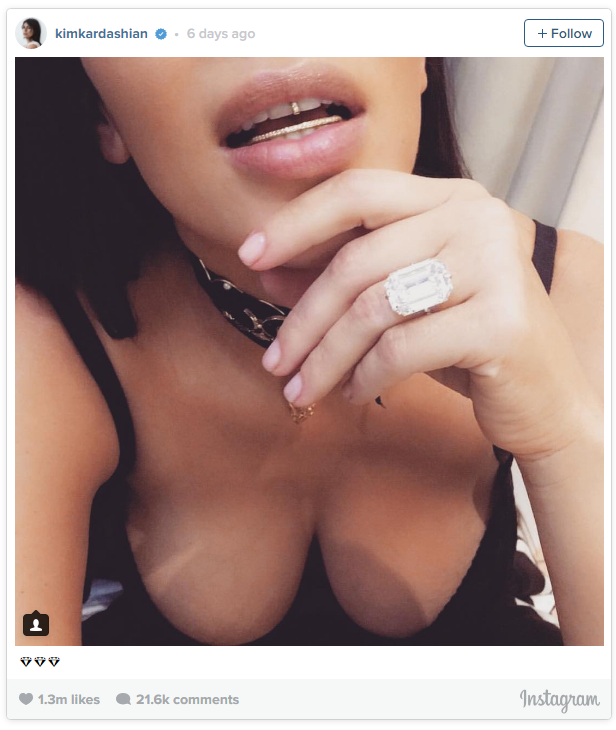 Obviously this let the robbers know 1. Where she was and 2. What valuable items she had that they could steal. The robbers specifically demanded to know where the ring was according to one source I read. They came looking for it because she advertised it.

We all have stuff that robbers might want to steal.

It’s probably not a good idea to flash all the stuff you have that robbers might want to steal all over social media — along with — posting your location (or where you are going to be).

Be careful, because many of these social media accounts will automatically “tag” photos with GPS-derived locations — automatically putting you at risk. Find a way to turn off that setting and/or don’t use it if at all possible.

Again, think it through — whatever you post on social media the entire world (including all the “bad guys”) are going to see it.

3. You Should Learn How To Escape Common Restraints Because Home Invaders Like To Use These

“Our sources say … Kim was lying in bed with only her robe on when she heard boots pounding up the stairs of her 2 story apartment.

We’re told Kim saw at least one masked man and another wearing a police hat through a sliding glass door. She knew something was amiss, so she rolled off the bed and tried dialing her bodyguard on her cell phone.

Before she could finish dialing one of the men yanked the phone out of her hands. They zip tied her hands with plastic handcuffs and duct taped her to make it more secure. We’re told one of the men grabbed her by the ankles … Kim told cops at that point she believed she was about to be raped.

The robbers duct taped her ankles, picked her up and put her in the bathtub. She then started screaming … begging them not to kill her because she had babies. She went on to say she had money and they could take whatever they wanted.”

This is reality people.

In a lot of home invasions, the victims are restrained.

According to the U.S. Department of Justice, 1 out of every 5 homes will be the victim of a break-in or home invasion. And get this: 38% of violent assaults and 60% of rapes occur during a home invasion.

Kim K may only be alive and/or not raped because she is a celebrity. It’s a sad truth that the police investigation and response would have been much more severe if a celebrity was killed/raped than if this was a “normal” Paris civilian who was not famous. The robbers may have left her alone because they feared the retaliation.

Either way, it would be good if you learned how to escape common restraints such as rope, zip ties and duct tape that home invaders like to use. It’s not that hard and will go a long way towards keeping you calm in a situation like this.

When you are getting ziptied, make sure you keep your elbows together and bend forward. 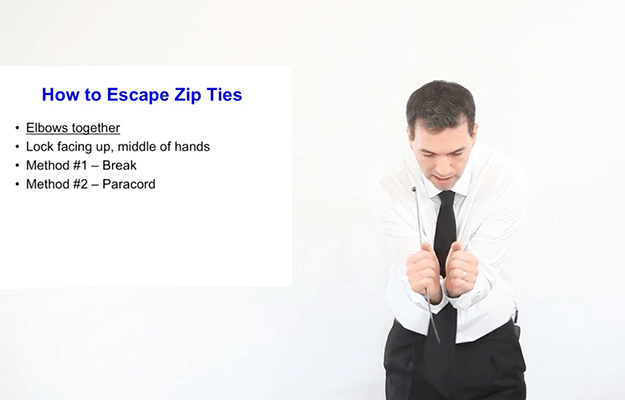 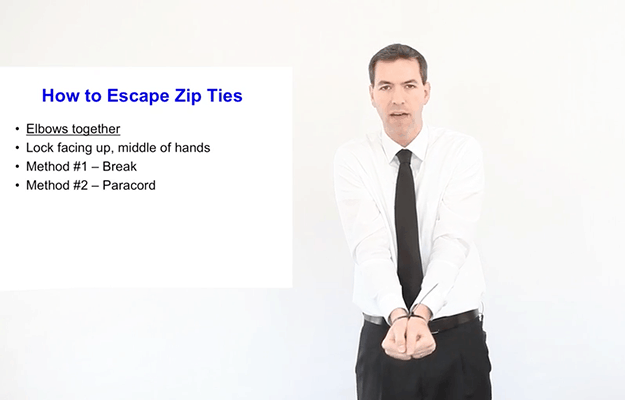 Put your hands over the head, come down past your hips out to the side. The lock will pop right off. 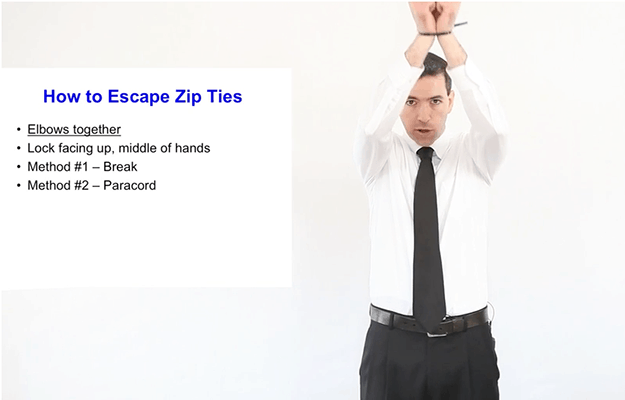 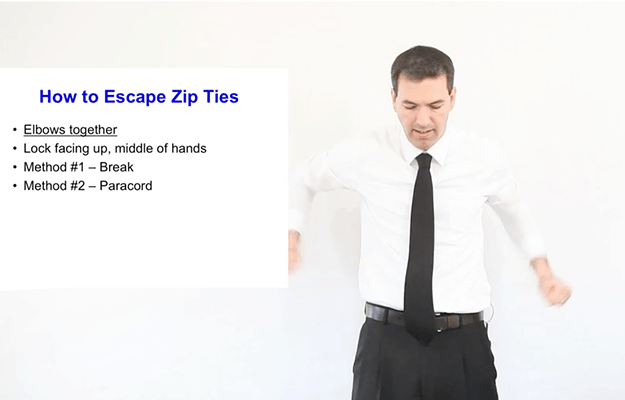 The video below shows how this is done as well to get out of duct tape:

You can see method #2 here or check out his full live training course.

Learn from Kim K’s experience and these three tips.

Remember, even a celebrity with bodyguards and people paid to protect her can be vulnerable.

The cops can’t help you in a situation like this.

I’m just very thankful that Kim’s child wasn’t with her that night.

Your self-protection and the protection of your family is YOUR responsibility.