Home Guns Is Your Name On This List, And Will That Prevent You From... 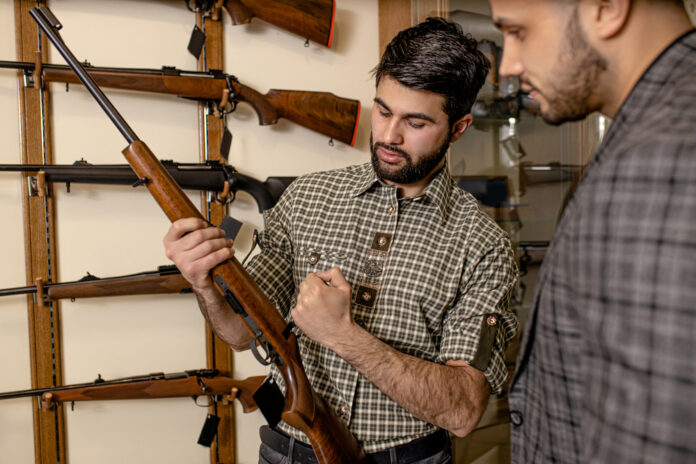 Anti-gunners have an ugly history of abusing government power to strip people of their right to bear arms (which, for many people, effectively leaves those people defenseless). It’s evil and wrong even when well-intentioned.

Now, we have another example of that ugly tendency in action as the Biden administration looks for ways to steal American’s rights, and this one may affect U.S. citizens who had previously not been effected by Federal gun control efforts. John R. Lott and Representative Thomas Massie (R-KY) write,

When the [U.S. No Fly List] first started being compiled in 2003, no one would have dreamed that so many names would end up on it. Even as late as 2009, there were 400,000 names — little more than a fifth of today’s number. The fact that almost 2 million people are on the terror watch list is a sad testament to the power that we give unnamed and unaccountable bureaucrats and should caution those who wish to use the list as a basis for far-reaching policies.

Being on the watch list doesn’t mean that you are guilty of anything. You can be on the list simply because the FBI wants to interview you about someone you might know. As of 2014, about 40 percent of people on the watch list were under “reasonable suspicion” despite having “no affiliation with known terrorist groups.” People can get nominated for the list by various government agencies, and no oversight agency exists to ensure that these additions are justified.

The Democrats want to strip all 2 million of these people of their Second Amendment rights. When he was president, Barack Obama called for a ban on gun sales to people on the watch list. Sen. Dianne Feinstein tried to add a ban as a budget amendment in 2016, but Republicans blocked it. Republicans had their version of the ban, but they at least required a court hearing before people were listed, which was unacceptable to Democrats.

So, you might be asking, if Republicans blocked the Democrats bill, what is the concern? Lott and Massie answer:

People shouldn’t lose their right to protect their families because some unnamed bureaucrat put their name on a list for some unknown reason. With Democrats in complete control of Washington for the first time since they started pushing this legislation, we’d better keep an eye on what they might try to sneak into this year’s budget.

Lott and Massie are right. With Biden, Pelosi, and Schumer controlling Washington, D.C., Second Amendment advocates need to remain vigilant because all three of those leftists would love nothing more than to strip Americans of gun rights.