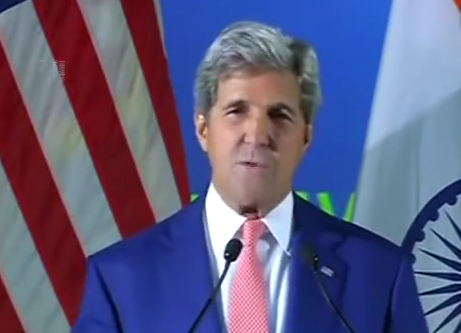 Over 100 representatives in Congress are standing up for the Second Amendment in opposition to insane rules that put the same classification on ordinary guns and ammo as they do on directed energy weapons and spacecraft.

Just look at the insanity, from the Daily Caller:

Firearms and ammunition – among the most common and least sophisticated defense technologies and technologies with obvious and legitimate markets in the private sector – were supposed to be the first categories to be moved over from DDTC’s jurisdiction to that of the Commerce Department.

But because of President Obama’s antigun politics, they remain among the last of the “munitions” categories to be amended. Meanwhile, as DDTC’s ECR website notes, the agency has already reviewed such categories as “Toxological Agents,” “Spacecraft and Related Articles,” and “Directed Energy Weapons.” For DDTC to suggest firearms and ammunition already present in tens of millions of American homes are somehow more militarily sensitive than those items is absurd on its face.

To make matters worse, DDTC has been building the “higher walls” on ITAR’s remaining items, meaning that the firearms and ammunition that remain under ITAR’s control will be even more stringently regulated than in the past.

Is John Kerry’s Department of State dragging it’s feet or are they actually going to try to keep guns and ammo in the DDTC’s jurisdiction and out of the Commerce Department’s jurisdiction?

This is what’s at stake, from the NRA:

As with prior executive actions on guns, the administration released its dictate suddenly and without advance warning to or prior input from affected businesses, completely bypassing the normal formalities associated with a significant rulemaking. The guidance is also likely to result in more confusion than clarity and may significantly chill heretofore legal conduct associated with gunsmithing.

By way of background, the AECA and ITAR concern rules by which military materiel is exported from, and imported to, the United States. The so-called “defense articles” governed by the AECA/ITAR are compiled in what is known as the U.S. Munitions List and include some, but not all, firearms and ammunition, as well as their parts and components. Thus, for purposes of the regime, a spring or floorplate from the magazine of a controlled firearm is subject to the same regulatory framework as the firearm itself.

Long story short, it’s just more executive-action gun control accomplished by changing definitions and classifications. Fortunately, we have some allies in congress standing up to this nonsense. It seems that Obama is using every federal agency he can to push gun control. The State Department, the ATF, the Department of Justice, and even the Environmental Protection Agency; all are guilty of pushing gun control via executive-action. This really needs to stop.