Home News Now These Hunters Can Use Semi-Automatics 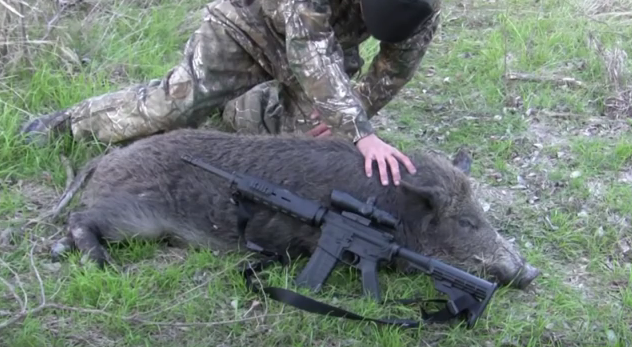 Semi-Automatic firearms will be legal to hunt with in Pennsylvania. The most surprising part of this news (for non-residents) is the fact that it was illegal to hunt with semi-autos to begin with. Finally, a crazy law from 1907 has been scratched from the books

Before you run out into the woods and double-tap a deer with your M1A1, keep in mind, this law doesn’t apply to this year’s season.

Check it out (from Pittsburgh-Post Gazette):

The law does not expand the type of guns that may be owned or possessed in the state. It doesn’t make semiautomatics legal for hunting during the upcoming firearm deer season, which opens Monday. The law also gives the Game Commission the power to regulate use of rifles powered by compressed air, gas or chemicals for the purposes of hunting. The board of game commissioners is expected set a regulatory structure in time for next year’s hunting seasons.

Pennsylvania thus becomes the last state in the nation to lift a ban on hunting with semiautomatic rifles. Delaware recently legalized limited use of semiautomatics during specific hunting seasons. For the first time since 1907, hunting with rifles that are not manually operated is legal in Pennsylvania.

Where similar bills languished in the legislature since the early 2000s, this one easily passed with bipartisan support. Titled House Bill 263, it was passed by the Senate on Oct. 26 by a 40-7 vote. The following day, HB 263 passed by a 160-25 margin.

It seems like progressives could have tried to politicize this one, but they didn’t. Maybe they’re all too depressed over the election to care about hunting regulations. Isn’t it like totally racist, xenophobic, and transphobic to hunt with a semi-auto or something? I mean after all, this is ASSAULT hunting, right?

At least one gun control group was actually neutral on this common sense law. Where the heck was Micheal Bloomberg?  I guess all the gun-control crazies were still crying over Trump the day this law passed.

It’s almost disappointing that there wasn’t some kind of completely ignorant protest from a Bloomberg funded AstroTurf group, we all could have used the laugh.

Check out the new rules here and happy hunting, Pennsylvania!