Home News The Stupidest Gun Ideas Overheard At The U.N. 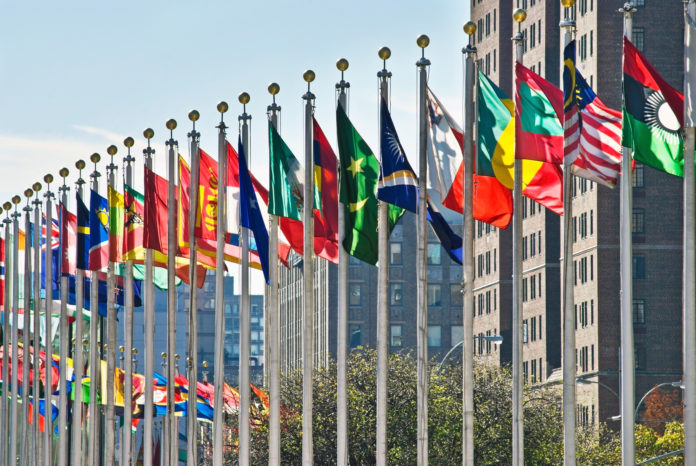 I’ll make no bones about it: I’m not a fan of the United Nations. The U.N. has a running history of criticizing American freedom, especially our Second Amendment rights, and it just drives me crazy that the U.S. Federal government contributes so much to its funding when it is so blatantly anti-freedom and anti-American.

First, Mexico wants to include IED (improvised explosive devices) in gun regulations. As if IEDs are firearms and as if IEDs (as they are improvised) are sold and traded and can be regulated.

Second, Europe wants to invent new kinds of guns to include in gun regulations. It appears that Europe now “recognizes five different kinds of guns: manufactured, downgraded, converted, deactivated, and reactivated firearms. And of course, it wants new rules for all of these, with numbers put in all the parts of every firearm.” I’m still trying to figure out what they mean by a downgraded firearm or a reactivated firearm. Why make it so needlessly complex?

Third, the U.N. wants to somehow tie sustainability into gun control. As if guns cause global warming or pollution.

Fourth, Mexico proposes to regulate the “end user.” Bromund says that this is Mexico’s attempt to use the U.N. to force gun control on the U.S. This is ironic considering that an N.P.R. report listed Mexico as the world’s second most violent country behind only Syria.

Fifth, they want to include ammunition in gun control regulations. This is just ludicrous. If they can’t track guns, how are they going to track ammunition?

Sixth, they are concerned about 3D printing of firearms. Well, it’s simply too late for that. That is already a reality.

Seventh, they are “Proclaiming the existence of unspecified synergies.” The U.N. is trying to mix and match firearms treaties with resolutions are non-binding to try to force gun control on the U.S. This is stupid, offensive, and, frankly, won’t work.

Ninth, they want to bring gender into the gun control discussion. Why? Because it’s the politically correct thing to do. It’s certainly not the rational thing to do. As if gender has anything to do with guns.

Tenth, the U.N. is promoting gun control. The stupidity of this idea is self-explanatory for anyone who understands the issue.

So, there you have it: ten stupid things discussed at the U.N. about guns. And now you have ten more reasons to campaign to have the U.S. withdraw from the U.N.