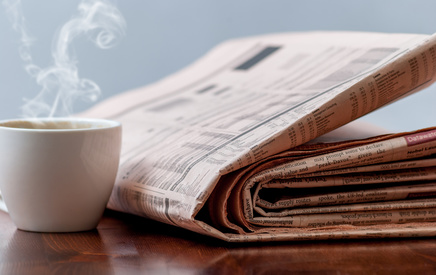 They are completely devoted to their misguided religious faith in the benefits of gun control.

So, you’ll understand our shock when a left coast newspaper (which would be expected to be stumping for Bloomberg’s gun control nonsense) printed an op-ed piece admitting that gun control does not work. We had to sit down when we read that, too.

The op-ed by Jay Ambrose, an op-ed columnist for Tribune News Service, was printed in The Mercury News (a California newspaper) on June 22, 2017. Ambrose wrote,

Whenever there is a shooting, liberals have an answer that is not an answer, namely the charade of more gun control. Fine, try it, and maybe some voodoo along the way but it doesn’t work very well. There are better alternatives and what’s truly absurd in this debate is the demeaning expression “gun nuts.”

What about “gun control nuts?”

What about people who seem to think murders will go down if fewer guns are sold even though a major crime drop starting in the 1990s was accompanied by a huge increase in the number of guns?

What about people apparently not knowing that we have 300 million guns in this country and getting hold of one will continue to be easy short of mass confiscation that will not and should not happen? Criminals, by the way, mostly get their guns from such means as the black market or a family gift, not through store purchases.

Ambrose lays out the details about how banning guns in both the U.K. and in Russia resulted in increased murder rates and that more people are killed with knives and with fists than with guns.

In fact, Ambrose lays out all of the facts that intelligent gun owners already know. It’s just refreshing to see those facts printed in a newspaper in a staunchly anti-gun environment.