Home News Don’t Do Stupid Sh*t Just Because “Special Forces XYZ Does It!” 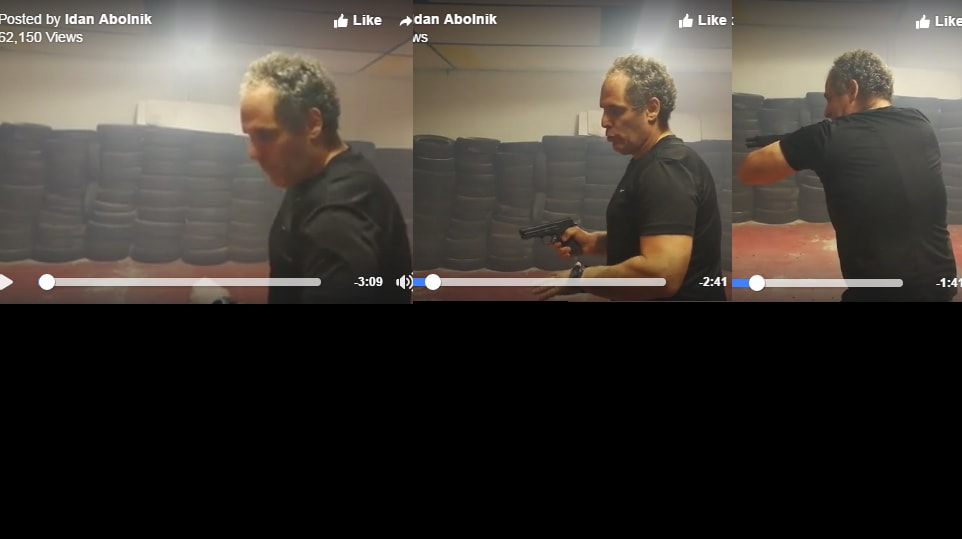 Ok so this is going to be a little bit of a rant.

But it needs to be said because in this day and age — with the internet making practically all the information of the world available at your fingertips — we’re not suffering from a lack of knowledge sources or information to potentially learn from.

No. In modern life, you need to carefully sift through an incredible amount of information and pick out what’s good and bad.

So here’s your warning/rant for today.

Don’t Do Stupid Sh*t Just Because “Special Forces XYZ Does It That Way!“

I don’t mean to pick on the Krav Maga experts and their followers, but it seems like it’s always something with these guys.

I wrote an article where I explained how “Israeli Carry” (Condition 3, no round in the chamber) got started. And why it’s obsolete now. (As a followup, you can Watch as Israeli carry nearly gets an Israeli Police Officer stabbed to death when you click here if you insist on carrying that way.)

But this isn’t about Israeli carry …

This IS about not doing stupid sh*t just because “Special Forces XYZ does it!” 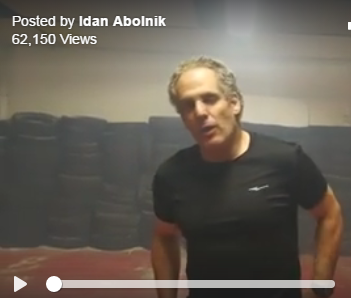 In it, the instructor demonstrates a modified retention/CQB shooting position that goes like this. 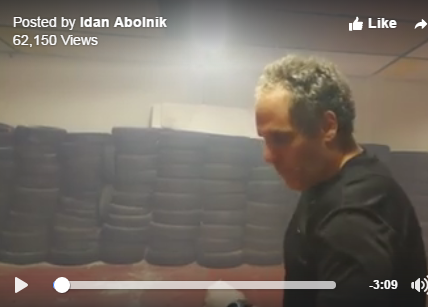 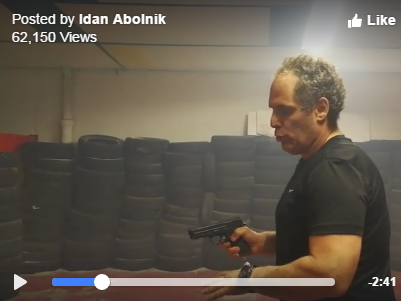 Shield yourself with an elbow out … 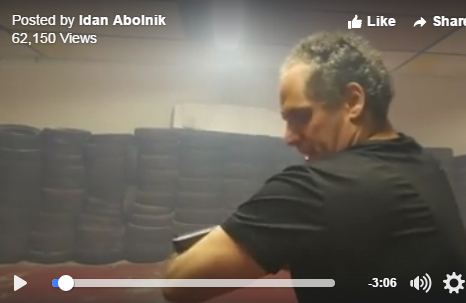 And put the pistol on the crook of your elbow there. 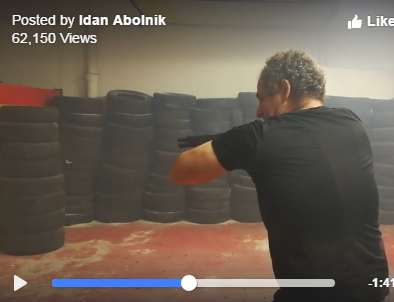 Looks like a perfect little place to stick the gun huh? Nice little spot, like it was made to cradle your pistol barrel … 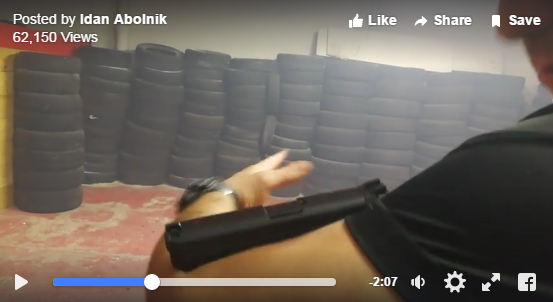 The guy shoots a target and doesn’t shoot himself. It works out for him.

But do me a favor?

Just because you see this guy who was in a cool military service (Israeli something or other …) doesn’t mean you should mimic what he’s doing.

There’s a ton of problems with mimicking this …

Probably, what should be most obvious, is that you will eventually shoot a round through your elbow. If you’re really using this in a situation where people are making contact with you — bumping you around, grabbing for your gun, fighting you, etc (as is the justification in the video) — then your shielding arm IS going to get pulled away from you just enough to let the gun muzzle slip down to where it’s pointing into your elbow and you’re going to need a new elbow after you smoke a round through the one you were born with.

If you don’t believe me, clear a pistol for dry-fire or grab an airsoft gun and “war game” this one with a buddy. Basically get in a fight with him trying to grapple with you while you try this.

I’m sure there’s other reasons to not do this, but I just don’t have the energy right now …

If you’re going to shoot from retention, then check out my post where an Ex-Navy SEAL Shows You The Basics of Close Quarters Shooting.

There’s a much better position for compressed shooting. It usually looks something like this:

Retention shooting/shooting in close quarters usually looks something like this depending on the application. The gun is in a compressed position, so it still can’t be grabbed (easily). The other hand/arm is WAY out of the way because shooting yourself with the gun in retention is a very, VERY possible scenario.  This is pretty basic/proven stuff and it should stay that way.

Just because something is “cool” looking or “new” or taught by “Special Forces” or they (supposedly) do it that way — doesn’t mean you should too.

Oh by the way:

First, don’t do the dumb stuff.

As explained here, “Special Forces” is a specific term for a particular group of soldiers in the US Army (also commonly called the “Green Berets”.)

Anyways, Enough Negativity. Don’t Try This One At Home Folks!

I really mean no disrespect to the instructor in the video.

I don’t know who he is, his background, or whether he could kill me in a 1-on-1 fight to the death.

And I’m not linking to his page.

I’m not starting a fight.

He may be a great guy, and everything else he teaches is solid.

I’m just showing the technique that was demo’d in the video and telling you not to do it.

MY KEY POINT: Just because you saw some “Super JSOC Jedi Special Operator Ninja” show a technique on the internet, you shouldn’t try copying it because they do it. Apply critical thinking first.