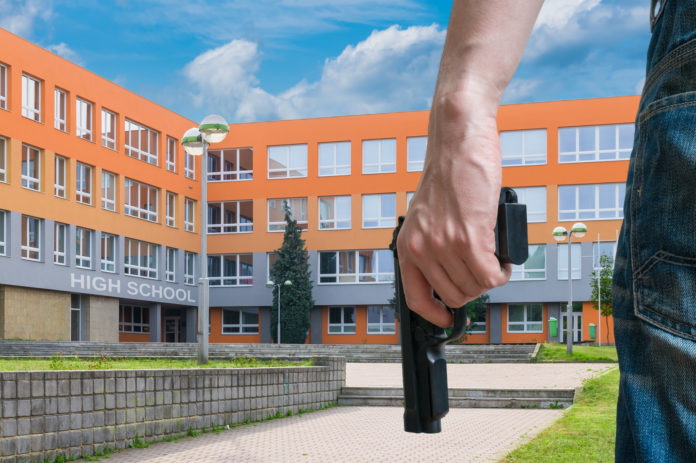 So, anti-gunners want to ban all “assault rifles,” and they want to make sure that people can’t get their hands on firearms. You know, for the children.

And, typically, these anti-gunners don’t want to try to persuade other people or to educate other people to their point of view (probably because those who know the way all of this works oppose gun control). No, anti-gunners want the government to grab your guns and oppress you “for your own good.”

There is one problem with this line of thinking: it historically doesn’t work. In fact, one of the most notorious school shootings in U.S. history happened… {gasp!}… during the Clinton administration gun ban. In fact, wikipedia notes:

Gun control was a major political issue in the first half of Clinton’s first term and during that time he lobbied for, and signed, two major pieces of gun control legislation, the Brady Bill and the 1994 Federal Assault Weapons Ban.

That’s right, Clinton signed into law “a prohibition on the manufacture for civilian use of certain semi-automatic firearms it defined as assault weapons, as well as certain ammunition magazines it defined as ‘large capacity’.”

So, how did that work? Well, it obviously didn’t stop Eric Harris or Dylan Klebold from killing thirteen people. Obviously, bans on assault weapons and high capacity magazines made a difference, didn’t they?

No, they didn’t. Rich Grassi gives us more detail:

There are states that have similar gun and magazine bans [to the clinton gun ban] and they’re real garden spots in terms of crime and livability. The ban had no effect on the rate of violent crimes – a very small number of which are committed using rifles today, while opioids and traffic collisions cause huge numbers. Medical misadventure causes even more.

Look, when it comes down to it, Columbine is just another example of how government gun bans don’t fix the problem. There is a reason, after all, that mass shooters target schools and other “gun free zones:” it’s because no one will be shooting back.

So, the next time someone wants to talk about how gun bans will help, show them the truth based on historical fact: gun bans don’t work. Columbine is just another horrible example of that.

The SURPRISING Real Reason Behind The Increase In Permitless Carry States