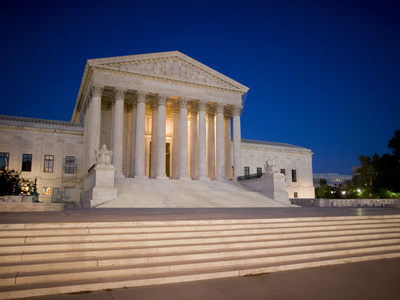 Maybe you’ve heard that former Supreme Court Justice John Paul Stevens called for the repeal of the Second Amendment. It’s true. He wrote it in a New York Times oped piece. It’s just proof that just because someone has an education, that doesn’t mean that they have any common sense or use their intelligence.

Fortunately, another Supreme Court Justice weighed in on the Second Amendment, and this Justice has his head screwed on straight. Which Justice? Clarence Thomas (hat tip to here for the lead). John Bowden writes,

Kyle Kashuv, a high school student from Parkland, Fla., who has made waves in conservative circles since the February shooting at his school, says Supreme Court Justice Clarence Thomas assured him that the Second Amendment “won’t be touched” amid a renewed debate on gun control.

Kashuv tweeted a picture of himself with the conservative Supreme Court judge on Thursday night, saying that Thomas “told me about some of the cases he dissented on and how #2A won’t be touched.”

Frankly, I love the fact that Thomas, an African-American, gets it completely right on this issue when the Democratic Party, which considers African-Americans to be a given part of their support base, is completely wrong about guns. Thomas, unlike the DNC, understands how important the Second Amendment is to allow Americans the ability to defend themselves against criminals and also against an overbearing, controlling government if, God forbid, that should ever become necessary.

Yes, unlike the DNC, Justice Thomas has both read his history and understands Constitutional law.

Fortunately for us, unlike Justice Stevens who retired in 2010, Justice Thomas is still serving on the Supreme Court giving pro-gun and liberty-loving people a voice there to protect our rights.

Now, what needs to be done is that we need to be vigilant to put pressure on the President and on Congress to ensure that Constitutionalists are the only justices put into place when it comes time to nominate another Supreme Court Justice. In that way, we can work to protect the Second Amendment both for ourselves and our children.