Home Guns Why Was This Guy Able To Get A Gun? 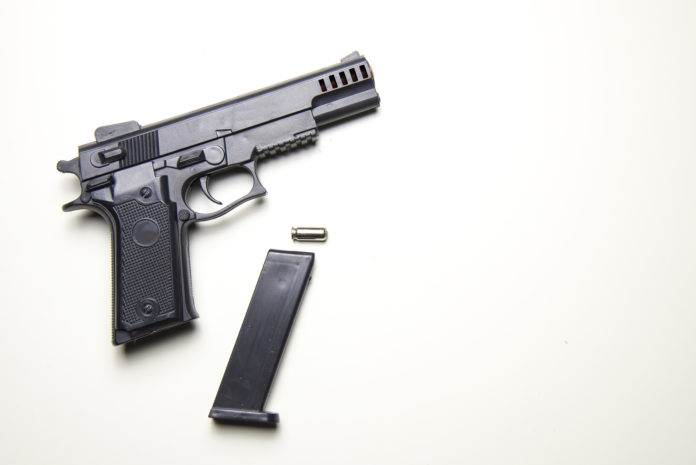 You may have heard about a recent shooting which occurred in Cincinnati, Ohio, in which, tragically, a gunman shot and killed three people and injured two other people before police shot and killed him. It’s a sad, sad situation, but it also raises a number of questions that need to be answered.

The big question on our mind is: Exactly how was Omar Santa Perez able to get his hands on a firearm to be able to use it to do these terrible things? You see, he wasn’t just some ordinary everyday person. Jessie Balmert writes that Perez “had a history of petty crime – and possible mental health issues.”

Yet, Perez was able to get a gun. In fact, Balmert writes,

But I thought that gun control was supposed to prevent both criminlas and the mentally ill from being able to purchase a firearm. Where did this breakdown occur to allow him to get a firearm?

Well, first of all, under current Ohio and Federal law, to prevent a person suffering from mental illness from getting a firearm, a judge has to rule that the person has a mental illness and report that to the National Instant Criminal Background Check System (NICS). It doesn’t appear that this happened to Perez.

The second issue is that Perez has only had run ins with the law over minor offenses which would not have prevented him from purchasing a firearm.

In other words, gun control wouldn’t have (and didn’t) worked here because nothing could predict that Perez was going to do something evil like kill another person.

Unfortunately, though, getting this through the heads of gun control advocates may be a lost cause as they seem fixated on the idea that guns are to blame, as if guns can shoot themselves.

And, sadly, gun control advocates seem bound and determined to continue to try to pass more stringent gun control laws instead of putting that energy into something that will make a difference.