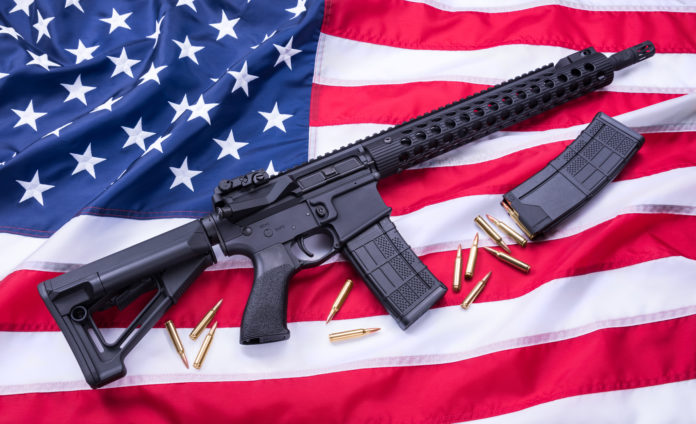 And the crazy thing about their narrative is that they couldn’t be more wrong.

Take, for example, a recent march at Ohio State University (OSU). The march was organized by Kendall Arroyo, an black student at OSU. When asked about the march, Arroyo said,

If you want to know the God-honest truth, we read the letter [to the editor from anti-gun professors calling a previous pro-2nd amendment march racist] and we noticed that they basically said, ‘We don’t think a bunch of black people could be able to get away with something like this’…This is not supposed to be a racial thing. We’re talking about second amendment rights for every law-abiding American citizen. Our race should not have to be a factor at all, and society says that we’re either supposed to be gunned down or incarcerated right now. And we’re here to show that that’s not the case, and now I invite them to figure out their next excuse (Arroyo said challenging the anti-gun professors to further comment).

The professors who wrote that letter to the editor objected to a pro-gun march in response to an earlier attack with a car and a knife which injured thirteen students. But, unlike those professors, Arroyo understands the usefulness of guns for the average person. He isn’t living in a mainstream media controlled bubble which tells people that the only reason people want guns is because they want to shoot people.

This should be encouraging to everyday people like you and me who support gun ownership because it shows that not everyone is buying into that anti-gun media narrative, and it shows that the support base that anti-gunners assume that they will always be able to depend on is isn’t buying it anymore.

Good for Arroyo and these other pro-gun students. This gives me a little more hope for the future of this country.