Home Guns Finally! We May Have A Supreme Court Case Which Is Ripe For... 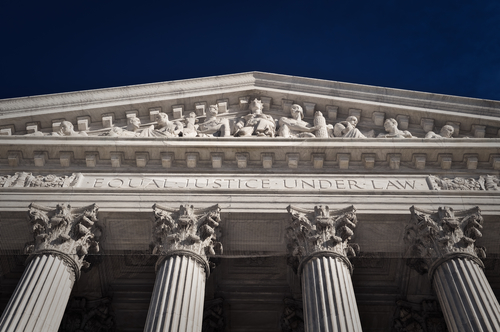 Gun owners and pro-gun people have been itching to get the opportunity to actually have an honest judge (one that uses the Constitution and not just one that makes up what they want) rule on the right to bear arms so that we can beat back some of these unconstitutional gun control laws.

Well, we may just get our chance.

With Brett Kavanaugh now in place at the Supreme Court, many Second Amendment advocates believe that the tide on gun laws could change, and someone who keeps an eye on the courts believes that we now have the case which could be the one that we’ve been waiting for. Dan Zimmerman writes,

In his [an attorney going by LKB] opinion, New York Rifle & Pistol Association v. City of New York is just such a case. Last week, the plaintiffs filed a brief in support of their petition for writ of certiorari. The complaint involves  the City of New York’s law that prevents gun owners from transporting licensed, locked and unloaded firearms outside the city under any circumstances. They can only use their guns within the five boroughs.

There’s more, including an argument that New York City’s law violates the commerce clause, all in support of the petitioners’ request for Supreme Court review of the case […].

LKB tells us the case is scheduled for a January 4 conference.  We should know the following Monday morning (January 7) whether they grant cert, deny the petition or re-list the case for the next conference.

So, this case reviews whether people in the state of New York have the right to carry their legally owned firearms with them outside of New York City’s limits because the current ban on this violates all kinds of legal rulings (not to mention the Second Amendment). We sincerely hope that the Supreme Court takes up this case and gives a ruling in favor of the people of New York and their right to bear arms.