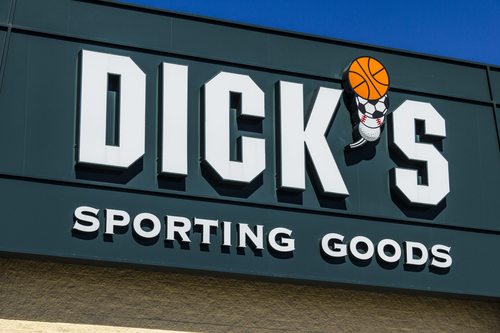 Remember when Dick’s Sporting Goods decided that they wanted to go all politically correct and no longer carry firearms in their stores? Do you remember that people said that Dick’s was going to suffer in the marketplace for their silly political position?

Well, those people were right. Dick’s has seen a serious drop off in sales since they took their anti-gun position. Dan Zimmerman writes,

Truly disturbing, baffling news from one of the nation’s biggest gun retailers…wait, no it isn’t.

Sales at Dick’s Sporting Goods dropped in the past three monthsamid backlash against tighter gun-sale restrictions following a mass killing early this year at a Florida high school.

Revenue dipped 4.5 percent to $1.86 billion amid challenges in the company’s hunting business during the quarter through Nov. 3. Sales at stores open at least 12 months – a key metric for the retail industry – fell 6.1 percent compared to the prior year.

Bummer. It’s almost as if America’s gun owners (and a good number of companies that make firearms) are only too happy to take their business elsewhere. According to the Wall Street Journal . . .

Sales at existing stores and websites fell 3.9% for the three-month period ended Nov. 3., driven down by weakness in the company’s hunting and electronic departments, executives said in a conference call with analysts yesterday.

Look, it didn’t take a genius financial analyst to predict this outcome for Dick’s. It was simply common sense. But, apparently, common sense is in short supply in the head office at Dick’s right now.