Home Guns Are These Parents Complete Idiots When It Comes To Protecting Students? 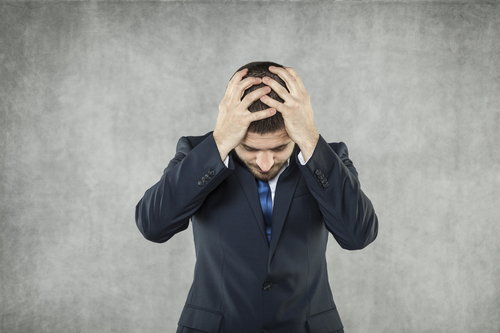 People tend to react strongly to emotionally charged issues. Often, this strong reaction is, simply, a knee jerk reaction without actually thinking about the implications of that reaction. When that happens, an emotionally mature person will tend to step back and reevaluate their position to try to do the right thing.

So, maybe we can understand why some parents filed the lawsuit which they filed, but that doesn’t change the fact that those parents aren’t being rational or emotionally mature about the issue. Renata Birkenbuel gives us the details about this lawsuit:

A public school district about 90 miles from Philadelphia is reportedly the first school system in Pennsylvania to let teachers carry weapons.

Teachers are already allowed to carry weapons in several states, including Texas, Missouri and Ohio, reports the Associated Press.

However, parents in the Tamaqua, Pennsylvania school district are filing a lawsuit to block the district from allowing teachers to carry guns in schools, according to the AP.

The lawsuit follows on the heels of the district teachers’ lawsuit filed last November. In both cases, plaintiffs challenge a new policy that allows staff to carry guns in schools. The Tamaqua Area Education Association is the lead plaintiff in the earlier lawsuit.

However, the parents requested an injunction to stop implementation of the policy until a judge can rule on its legality, reports The Morning Call.

In the most recent challenge, three parents and one grandparent filed a lawsuit against the Tamaqua school board members, alleging the members have “endangered their community” when they approved a “manifestly illegal” policy to arm teachers and school employees, writes the AP.

“A teacher’s role is to teach. We should not be putting those extra roles on a teacher when it’s out of their scope,” one of the lawsuit’s plaintiffs, Holly Koscak, told reporters at a news conference Friday. Koscak’s daughter is a sophomore in the school district.

While I agree that a teacher’s role in the classroom is primarily to teach, these same parents send their kids to a school which cannot prevent a student from walking in and opening fire. If we are going to put our kids completely at the mercy of the school system and the teachers in the classroom, then that should come with the responsibility of those teachers protecting the kids. One viable solution is arming teachers.

If these parents and grandparents really care about protecting their children and grandchildren, then they either need to homeschool those kids so that they can ensure the kids’ safety in their home or they need to face the reality that someone has to protect children in the school. If not teachers, then, maybe, these folks filing the lawsuits need to pick up their guns and hang out at school all day to be an armed guard.

But I don’t see that happening either. Do you?

Anti-2A People Are About To Be SHOCKED When This Happens