Home Guns Shocking Statistics: Over Half Of All U.S. Murders Happen In Only 2%... 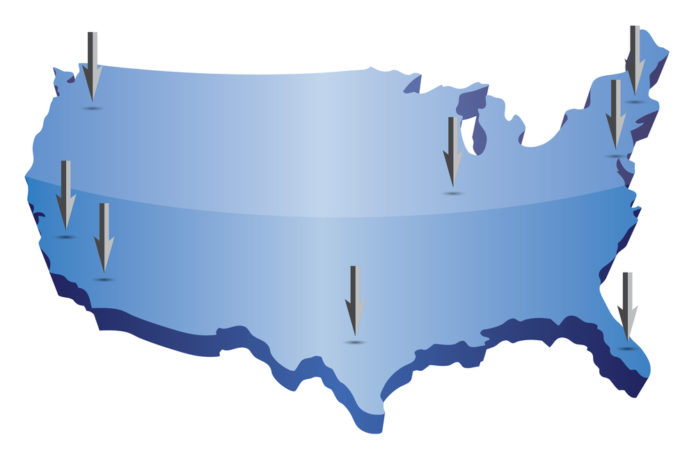 If anti-gunner rhetoric is to be believed, then America’s gun culture is the cause of the number of murders in the United States (we’ll discuss another time whether the U.S. has a higher murder rate than other countries. Hint: When you look at the statistics honestly, we don’t.). They make it sound like gun violence is a nationwide issue plaguing life in America.

The reality, though, shows something very difference. L.A. Paredes writes,

Fear mongering is one of the best tools the Left has – especially when it comes to the 2nd Amendment. Anything and everything is open game, no matter how scary or dishonest it is.

How many gun grabbers want the public to know that the majority of murders in the US occur in super concentrated areas – that a full 54% of American counties had no murders, and that a miniscule 2% account for a colossal 51% of the murders nationwide?

Those are staggering statistics. It’s the 80/20 rule (the Pareto Principle) taken to the extreme. The next question becomes “Which counties have the problem?” Paredes gives us an idea:

We can see this in our own California backyard, with Los Angeles County as a perfect example.  In 2014, the County was clearly embarrassed to report a staggering number of murders: 526 to be exact.  According to Lott’s research, however, there was much higher likelihood of a murder occurring in very specific parts of LA.  It clearly shows the northwestern part of the county has a very small number of homicides in comparison to other areas.

This is also hugely evident in the gun-controlled disaster of Chicago  Their numbers are more startling – the first 4.5 months of 2017 totaled 222 homicides.  According to Lott’s data, one small neighborhood racked up over 25 murders.  “But 23 of the 77 neighborhoods in the city have zero murders, and most of the 40 neighborhoods have only one murder.  Twelve of the neighborhoods have 10 or more murders.”

Also cited was a study in the journal Criminology by David L. Weisburd.  “The Law Of Crime Concentration And The Criminology Of Place” reveals for eight cities, a shocking 25% of violent crime occurred on only 1% of the streets and that roughly 50% happened on a mere 5%.

Lott concludes “This study shows how murders in the United States are heavily concentrated in very small areas. Few appreciate how much of the US has no murders each year.  Murder isn’t a nationwide problem.  It’s a problem in a very small set of urban areas, and any solution must reduce those murders.”

This is the problem with statistics: Too many people look at the big picture and, then, draw conclusions that they think are accurate. But, as they say, the devil is in the details. The generalization that anti-gunners want you to believe is that gun violence is a nationwide problem. The reality, though, is that gun violence is a huge problem in just a few very small areas and almost nowhere else.

Don’t be bullied by anti-gunners using misinterpreted data. Get them to look further into the specifics. If they are honest people, they’ll have to take a long, hard look at their assumptions, and, maybe, just maybe, we’ll change a few minds.