Home Guns Anti-Gunners Love “Fact Checker Sites,” But This Is How They Lie To... 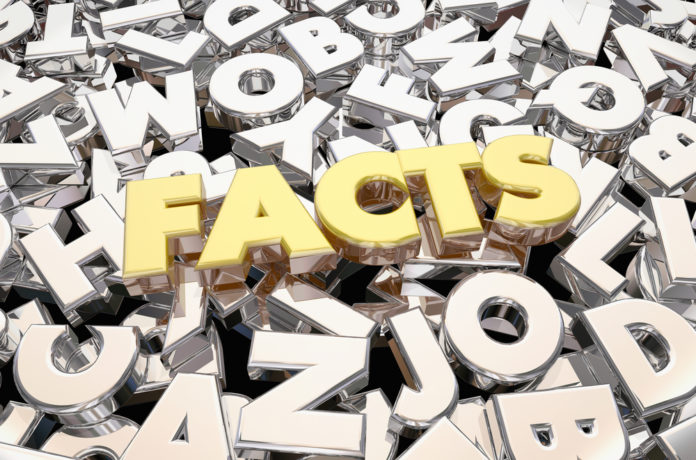 Many people love “fact checker sites.” Now, in case you aren’t familiar with fact checker sites, they are sites that evaluate the truthfulness of statements made in articles or by people presumably so that people can know what the truth is.

Now, if you’re trying to prove a point to promote your position on an issue, then you would love to have the support of a fact checker site because it would give credibility to what you are saying and what you are promoting.

Obviously, a fact checker site should seek to evaluate information in context and without bias. But do they?

Sadly, like so many other organizations who say that they are unbiased or that they provide qualify information, fact checker sites are fallible, too, especially when it comes to statements about how U.S. gun violence compares to the rest of the world. John Lott writes,

Snopes.com recently fact-checked a post that we first put up in June 2015 and updated on January 7, 2016.  This became an issue for them because a story that Fox News’ Special Report that had run a couple years ago was getting circulated on Facebook after the Florida high school shooting.  They wrote: “Our conclusion is that this is accurate based on the CPRC’s definition of a mass shooting, but also extremely misleading. It uses inappropriate statistical methods to obscure the reality that mass shootings are very rare in most countries, so that when they do happen they have an outsized statistical effect.”

They made two general points: questioning our definition of mass public shootings and that we obscure how rare these attacks are in European countries.

Now, if Snopes had done the job that they say they do, then everything would be fine. Just give us the truth. The problem? It’s Snopes that was misleading, not the Crime Prevention Research Center who Snopes was supposedly fact checking.

The other issue? Lott tears it apart. He writes,

Snopes.com makes it look like our analysis only compared the US to individual countries in Europe.  They completely ignore that we also compared the US to the EU and Europe as a whole.  For four of these seven years, the total number of deaths from mass public shootings is greater in these European countries than in the US.  If one compares the yearly median for Europe to the yearly median for the US, they are virtually the same.  With or without France, the median for Europe is 19.  For the US, it is 18.

So, what you have from Snopes is that they say that they are being honest, but then they either dishonestly criticize the criteria used for the study (questioning the definition of “mass shootings”) or they dishonestly take the data out of a context that gives the data perspective, thus giving the illusion that the situation is not the way that it really is.

And this is the kind of data manipulation that the mainstream media and anti-gunners use to try to talk you into a corner.