Home Guns Federal Agency’s DISTURBING Job Post: What Does It Mean For You? 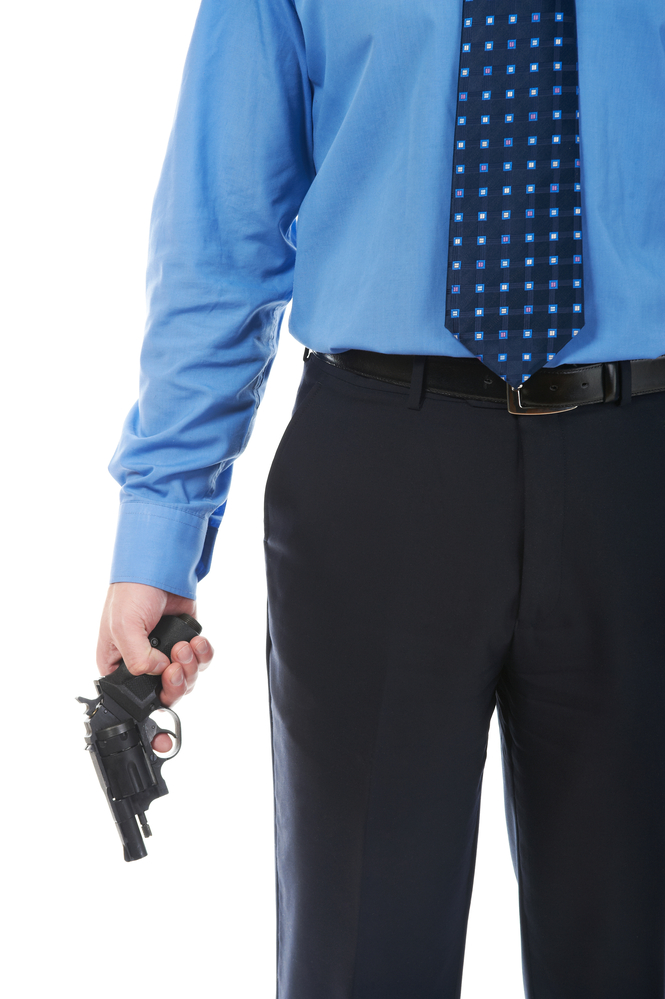 For anyone who paid attention in history class (assuming that your history class actually taught history instead of revisionist propaganda), one of the most terrifying things to see is when a government starts to militarize its non-military departments.

Imagine, for example, if the Department of Housing and Human Services started buying rocket propelled grenades (RPGs). Wouldn’t you be wondering what in the world they would need those for? I thought the HHS was, reportedly, for the purpose of helping people, specifically in the area of housing.

What possible use could an RPG be to help people with housing?

Some people (like me) started asking this same type of question when it was reported that the Internal Revenue Service purchased over $700,000 (that’s not a typo) worth of gun ammunition in the first half of this year (you can find out more about that story here). What does the IRS need with ammunition, much less that much ammunition?

If that question raises a bunch of red flags for you, like it does me, then, you’ll be really concerned about a job listing that the IRS recently listed on their website (hat tip to here for the lead). Liz George writes,

The Internal Revenue Service (IRS) is hiring special agents that will be required to “carry a firearm” and “be willing to use deadly force” during possible “dangerous assignments,” according to a job posting on the IRS website.

The special agents will be part of IRS Criminal Investigation Division, described as the service’s “law enforcement branch,” which is designed to combine “accounting skills with law enforcement skills to investigate financial crimes.”

You can see a screen shot below of the major duties for the position as they read in the current listing. Notice the last line.

You’ll also be interested to know that the job post has been recently edited. The original job post also listed in the major duties for the position to carry a gun and “be willing to use deadly force, if necessary” along with being willing to arrest people.

So, when did the IRS go from being a bunch of accountants to an enforcement branch of the Federal government?

A more important question, though, is this: Given the numerous allegations that the Obama administration (in which, if you’ll remember, current President Biden was Vice President) weaponized the IRS against politically conservative organizations, what does this mean for organizations and individuals (such as legal gun owners) who disagree with the policies of the current administration? Are we about to see the IRS being used as secret police to attack gun owners?

I don’t know the answers to that, but with what I’ve seen so far from anti-2A politicians and bureaucrats, I’ll admit that this information has me feeling uncomfortable.

The current administration may not be able to get individual states to harass legal gun owners, so, could they be looking to use the IRS to do that for them?

You May Want To Sit Down When You See What CNN...