Home Guns West Point Cadets Being Fed Propaganda Instead Of Truth About Causes Of... 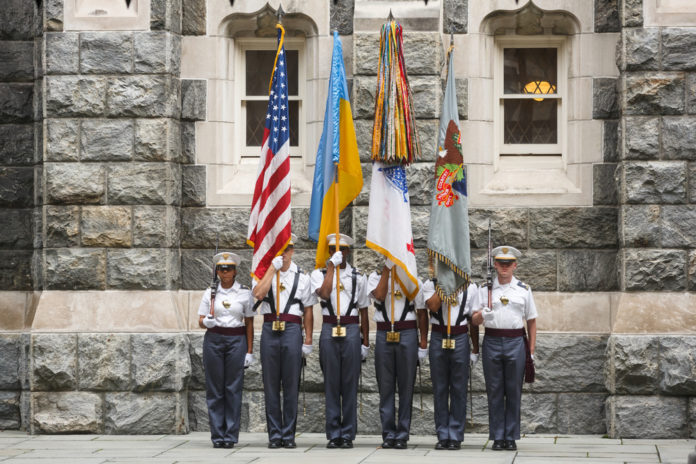 The U.S. military academies have long and distinguished reputations as institutions of both rigor and discipline and also as institutions of quality education. This is exactly what we want and expect for our future military officers to have. We want them to have the intelligence, the information, the character, and the backbone to do what needs to be done if they are in a conflict situation.

Because of this responsibility, it’s vital that the cadets at the military academies receive accurate information about situations which they may have to deal with such as mass shootings (in case you weren’t aware of it, some of the worst mass shootings have taken place on military property such as military bases and recruiting stations).

But, according to a writer named Herschel Smith, the cadets of at least one military academy, West Point, are receiving propaganda and not factual information. Smith quotes a lecturer at West Point about the causes of mass shootings who blames “extreme right-wing groups” as the causes and referencing the New Zealand mosque shootings as evidence of this.

The problem is that her analysis is completely backwards. Smith writes,

This apparently passes for scholarship at the center.  We’ve discussed this before, how the nexus connecting the shooters in New Zealand, El Paso and Dayton is: Eco-terrorism, a desire for universally guaranteed income, belief in gun control philosophy, and general anti-religious zealotry.  The shooters were much closer to Antifa than any right wing cause, as pointed out just today… [in reports that the El Paso shooter hated both immigrants and corporations and that he was also an extreme environmentalist].

This is scary. If the people providing information to our future military leaders can’t tell the difference between those who lean politically to the right (which tend to be more pro-gun) and those who hate corporations and are environmentalists (the El Paso shooter) and those who advocate socialism and other leftist political causes (the New Zealand shooter), then how are those future military leaders going to be able to come to an accurate conclusion on who is the real threat and how to disarm (literally and figuratively) that threat?

Understand, if this is the “best” information that our government has on the causes of mass shootings, then we have a long way to go to educate people about the truth.