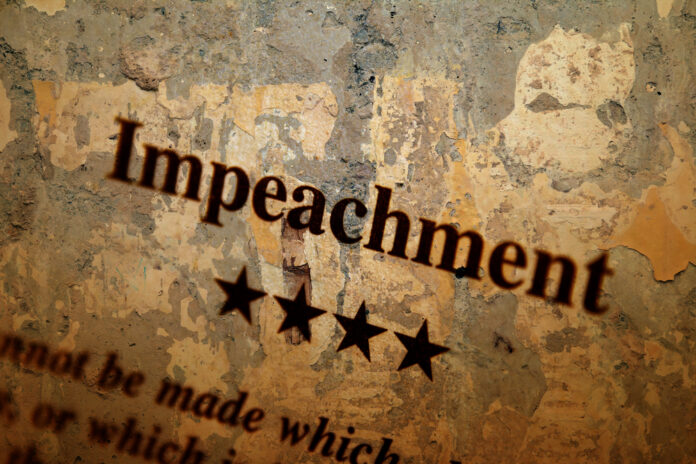 No matter what you think about the current “impeachment” hearings against President Trump (which went along party lines in their committee votes) and the political circus that has become (has always been?), there is a legitimate use of the process of impeachment.

Now, in case you’re one of the many Constitutionally uneducated in America today, impeachment, in its legitimate usage, is defined by the Merriam-Webster dictionary as “to charge with a crime or misdemeanor, specifically : to charge (a public official) before a competent tribunal with misconduct in office.” The idea is, if a government official does something wrong, then that official is impeached to start the process to remove them from office.

Well, now, there is an impeachment process in Virginia which makes sense (well, if you’re a Constitutionalist): Virginia citizens are working to impeach anti-gun Governor Ralph Northam. The petition at change.org reads:

Governor Ralph Northam has presented a state wide gun ban that would disarm law abiding citizens, infringing on constitutional rights granted by the U.S Constitution 2nd Amendment as well as Virginia Constitution Article 1 section 13. This kind of proposition is unconstitutional and should not be allowed.

His plan for implementing and enforcing such a ban would be using local law enforcement and National Guard soldiers to gather guns. Doing so would also be taking privately owned weapons from the ones ordered to enforce the new law.

Law enforcement and the citizen soldiers have taken oath to uphold the Constitution of the United States. Governor Northam’s proposition to ban privately owned and registered weapons would violate such an oath.

Lastly, banning weapons only effects the law abiding citizen, criminals will always find a way to obtain a weapon to use to commit a crime. Disarming would only cause more innocent lives to be taken by the hands of a heartless criminal.

Still, maybe this petition will finally wake up those anti-gun nutcases currently running the Virginia State legislature so that the #VAGunRightsRebellion won’t need to take any further action.