Home Guns Almost 20% Of All States Now Have Gun Sanctuaries 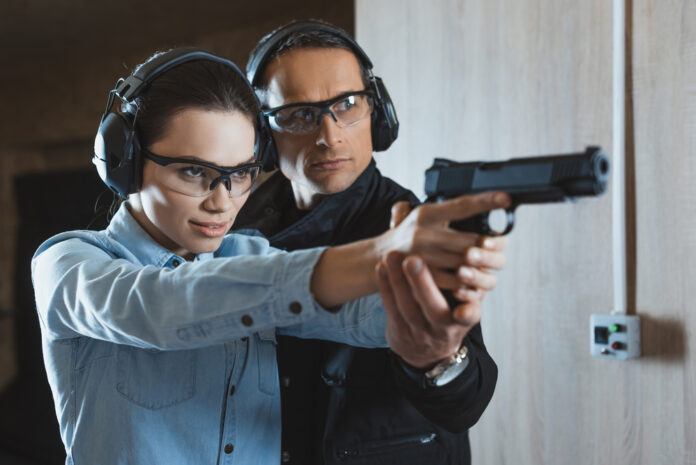 If you’ve been reading this site for very long, then you know that Virginia’s counties and cities have voted to become gun sanctuaries ahead of legislation which has been prefiled to make Virginia a gun grabber’s paradise.

What you may not know is that a number of other states besides Virginia have cities and counties which have enacted gun sanctuaries (and there is likely to be more). In fact, including Virginia, there are currently nine states to jump on the gun sanctuary bandwagon (hat tip to here for the lead). Paul Bedard writes,

“I did not think it would be that high of a number,” said sanctuary advocate and Culpeper County Sheriff Scott Jenkins.

“It’s an organic thing that just took off after Election Day. Elections have consequences, and this is the result. This has truly rocked the conservative, libertarian group’s core. It has really shook a lot of them awake. They are fully awake,” he told Secrets.

Remarkably, the effort has not seen a big push from the National Rifle Association. Local groups, notably the Virginia Citizens Defense League,have led the campaign that has brought thousands of gun-rights advocates to county board meetings.

It has also become the national model for the movement that has now reached Illinois, Washington, Colorado, New Mexico, Texas, New Jersey, Florida, and Tennessee. Illinois is credited with starting the movement.

“What’s happening is Virginia is becoming a national story and model,” said Cam Edwards, editor of Bearing Arms and a national authority on gun laws.

Late Monday, three counties in Virginia — Stafford, Prince Edward, and York — and the town of Vinton joined the effort.
The language adopted in the movement uses words such as “Second Amendment Sanctuary” and “constitutional,” and signals that police will not enforce anti-gun laws. Proposals before the Virginia legislature include gun bans, gun registration, expanded background checks, and limits on the size of magazines that hold cartridges.

Proponents warn, however, that the resolutions do not provide legal protection against gun control measures.

Jenkins said that Richmond should instead enforce laws already on the books to target criminals, not those who use their weapons legally.

“It’s all part of an agenda to further take away firearms, restrict and register weapons, and there is no need for it. There are enough laws already in place on weapon restrictions. We need no new laws. We need to focus on the ones we have,” he said.

He and Edwards said that the movement is the latest evidence of the urban-rural divide.

“It’s not the NRA, as everyone might expect,” said Jenkins, who has proposed deputizing gun owners to protect their weapons from any gun grab.

Instead, he added, it is a movement of people who feel their culture and way of life are under attack.

“They are the ones you don’t hear from. They’re not going to speak out at the board meetings or polling places and write editorials. They’re the everyday man who is focused on raising a family, going to work, and trying to live a good life and be a good citizen, and they see this as people who have no knowledge of what they’re family means when it comes to protection or the bearing of arms, nor can they relate to their culture of hunting or sport shooting or anything about them, and yet they want to come from their urban areas … and they drive to Richmond, where they want to implement these laws where the vast amount of Virginia is going to be affected by it even though they have not done anything wrong,” he said.

What we pro-gun folks need to do now is to push our state legislatures to give teeth to these gun sanctuary situations so that anti-gunners cannot shove their foolish gun control laws down the throats of law-abiding people.

We have done no wrong, and, therefore, we should not be the ones being punished.