Home Guns Northam Now Says He Only Will Confiscate Guns If People Refuse To... 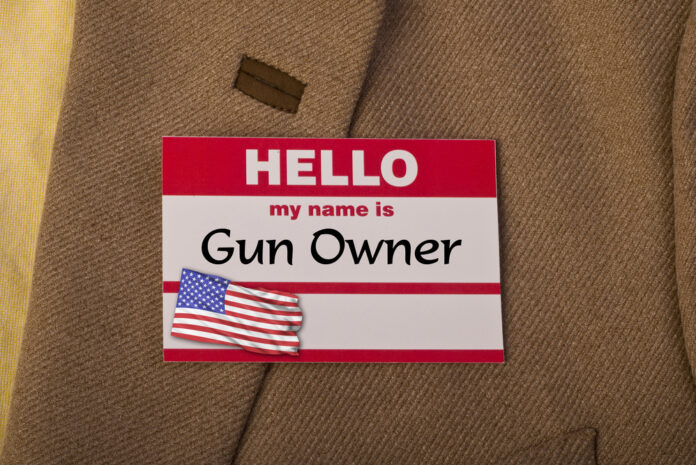 Oh, Ralph. Poor misguided Ralph. Ralph used to say that he wanted confiscate all “assault rifles” (which, I’m sure, he defines as “you know, the scary looking ones”).

But Ralph had some push back in the #VAGunRightsRebellion which saw an overwhelming majority of counties and independent cities in Virginia vote to become gun sanctuaries. So, now Ralph says that he really will only confiscate guns from people who won’t register them.

As if that will actually stop him from trying to confiscate them later.

Northam has been pushing an all-out ban on AR-15s and similar rifles for some time, but he recently changed the scope of the ban in the face of the growing Second Amendment Sanctuary movement.

On December 10, 2019, Breitbart News reported that Northam changed his position from supporting an across-the-board ban on possession of such weapons to supporting a ban only in a situation where a person refuses to register the firearm with the government. The Virginia Mercury quoted Northam spokeswoman Alena Yarmosky saying, “The governor’s assault weapons ban will include a grandfather clause for individuals who already own assault weapons, with the requirement they register their weapons before the end of a designated grace period.”

But gun owners in Virginia had better not buy Northam’s new, softer rhetoric. It means the same thing in the end.

Don’t take my word for it, though. Economist Walter Williams writes,

I’d urge Virginians not to fall for the registration trick. Knowing who owns what weapons is the first step to confiscation.

James Madison, in Federalist Paper No. 46 wrote that the Constitution preserves “the advantage of being armed, which the Americans possess over the people of almost every other nation … (where) the governments are afraid to trust the people with arms.”

Thomas Jefferson wrote: “What country can preserve its liberties if its rulers are not warned from time to time that their people preserve the spirit of resistance? Let them take arms.”

Too many Americans believe the Second Amendment grants Americans the right to own firearms only to go hunting and for self-protection. The framers of our Constitution had no such intent in mind.

Williams, like the founding fathers before us, has it right. Virginians had better be ready to defend their gun rights because an unarmed populace is a populace ripe for more abuse and control by the government.