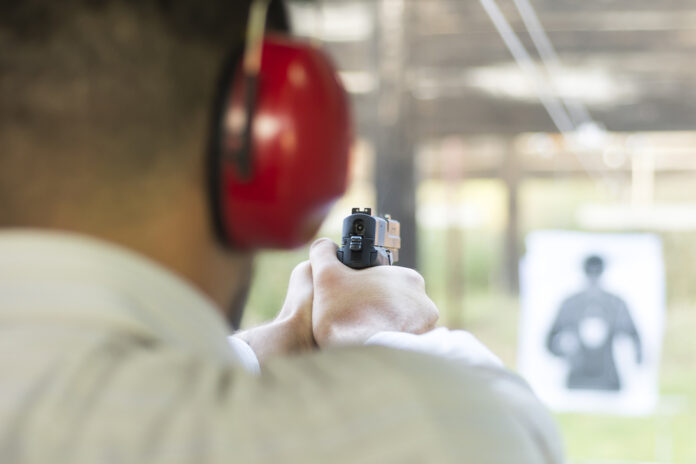 Isn’t it ironic how anti-gunners don’t want you and I, the law-abiding people in the U.S., to have guns to defend ourselves and our freedoms, but they want the government to have lots and lots of guns?

It’s almost like the want a full-on totalitarian government in the vein of Stalin or Mao Zedong. And anti-gunners wonder why many pro-liberty people make this comparison.

The latest attempt is a bill in the Virginia legislature that would make it illegal to run a gun range unless that gun range is inside of a government building. This means no private indoor gun ranges. This, effectively, means that the government would be the only group that would be able to regularly and easily train with firearms in many parts of the state.

If it wasn’t bad enough watching the action unfold surrounding unconstitutional gun laws and the militias being formed to fight against them, now it seems like Virginia is trying to pull yet another move.

They want to shut down every gun range in the state that isn’t owned by the government.

According to House Bill 567, any indoor shooting range would be prohibited by law – UNLESS it was inside of a building owned by the state.

And any business owners who decided to defy the law could be facing up to a $100,000 fine and potential civil penalties.

For those that would be staying open, the state wants them to act as a data collecting operation, creating a state-controlled list of who is using the range as well as their photo ID and home address.

Let’s be clear. This is a very real threat against the rights laid out in the Constitution. Americans have the right to defend themselves. And the state is literally trying to stop gun owners from training and improving their skills.

This is an attack on our liberties.

Of course, anti-gunners will sell this gun control legislation as a way to make the world a safer place, but that just isn’t so. All it would do is make the most dangerous, the most likely to use a firearm in a non-defensive manner, the only people who will have access to guns. Because we all know that criminals don’t get their guns legally. And criminals shooting range practice happens while a crime is being committed.

And anti-gunners wonder why a #VAGunRightsRebellion is happening right now.