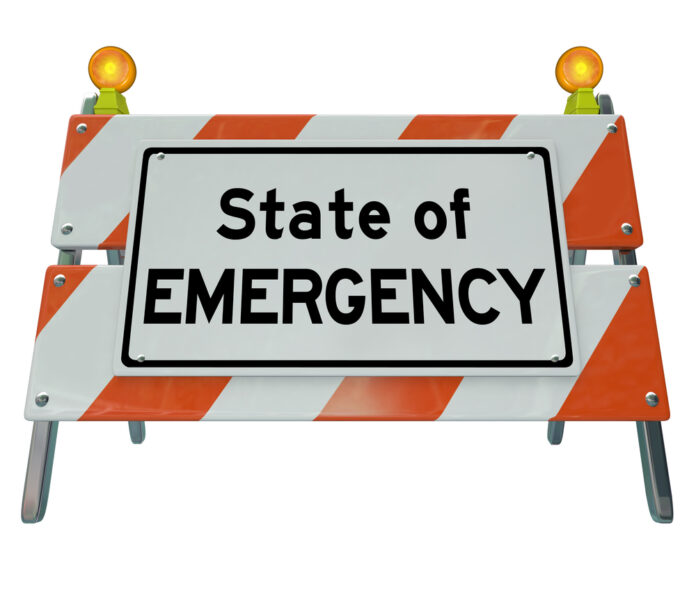 So, Virginia Governor Ralph Northan declared a state of emergency in order to ban guns at the Virginia state capitol. The problem is that he is on shaky legal (and moral) ground in doing this.

So, the first part here is that Northam declared astate of emergency. An story posted on the WTVR website says,

Virginia Gov. Ralph Northam will declare a temporary emergency ban on all weapons, including guns, from Capitol Square Friday through Tuesday ahead of a massive rally planned next week over gun rights.

“We have received credible intelligence from our law enforcement agencies of threats of violence surrounding the demonstration planned for Monday,” Northam said during a Wednesday news conference. “This includes extremist rhetoric similar to what has been seen before major incidents, such as Charlottesville in 2017.”

Northam said militia and hate groups, some from out of state, plan to come to Virginia’s Capitol to “disrupt our democratic process with acts of violence.”

Examples, according to Northam, include “threats of storming our Capitol,” weaponizing drones over Capitol Square and individuals conducting surveillance operations on Capitol entrances and exits.

According to an article by Warren Fiske on the VPM (a local NPR station) website, Democrats said that they acted on the recommendation of the State Capitol Police for this “temporary” gun ban to be put into place, but the police say that isn’t the case. Fiske writes,

After the meeting, [Capitol Police Col. Anthony] Pike told reporters neither he nor his agency recommended the gun ban. They simply complied with a Democratic request to figure how such a plan would be put in effect.

“When (Democrats) approached me and indicated they were going to put in a firearms prohibition, that’s when they asked me for my input on how we would process, how we would handle these facilities with that prohibition,” he said.

Pike declined to say if the thought the gun ban is a good idea, saying the Capitol Police is non-political and implements legislative rules.

Later, in a meeting of the House Rules Committee, Pike again emphasized that the Capitol Police strives to avoid politics and didn’t call for the ban.

“I was told that there was going to be a prohibition on firearms and to put together my recommendations on how to handle that prohibition for the buildings,” he said under questioning from Republicans.

So, from the words of the State Capitol Police, it’s pretty clear that Democrats lied about who was calling for the gun ban. This was a unilateral ban implemented by anti-gunner Democrats who were willing to be dishonest about it.

Fiske later added that “Democrats have not disputed Pike’s account.”

Was there ever any threat? We don’t seem to be hearing that from State Capitol Police which seems to indicate that Democrats also lied about that to get their gun ban enacted.

Which makes the whole gun ban, even if it actually is temporary, illegal. Why? Because House Bill 20 from the 2012 legislative session amended § 44-146.15 of the Code of Virginia so that “Nothing in this chapter is to be construed to:”

(3) Empower the Governor, any political subdivision, or any other governmental authority to in any way limit or prohibit the rights of the people to keep and bear arms as guaranteed by Article I, Section 13 of the Constitution of Virginia or the Second Amendment of the Constitution of the United States, including the otherwise lawful possession, carrying, transportation, sale, or transfer of firearms except to the extent necessary to ensure public safety in any place or facility designated or used by the Governor, any political subdivision of the Commonwealth, or any other governmental entity as an emergency shelter or for the purpose of sheltering persons;

So, Northam appears to be calling the Virginia State Capitol an emergency shelter. Is that the case? Because, frankly, that’s insane. Who is going to go to the State Capitol for shelter except for anti-gunner legislators desperate to find a safe space in which to hide from pro-2nd Amendment folks calling them out on their nonsense? If they don’t have beds and showers for everyone, then it’s hard to justify the State Capitol as a shelter.

All this to say: It looks like Northam and his anti-gunner cronies broke the law. Pretty flagrantly, too.

But, let’s be honest, because they currently control both the House and Senate, it’s going to be hard to get this ban overturned quickly, which means that anti-gunners may have won this fight.

But that doesn’t mean that the #VAGunRightsRebellion doesn’t need to take Northam and his cronies to trial for breaking the law. They absolutely should, and when we catch wind of that, you’ll know about it, too.