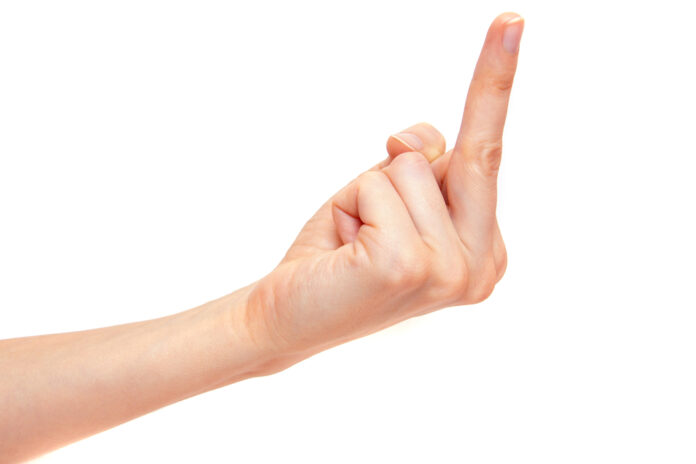 Believe it or not, I have friends that are anti-gunners. I like them as people, and they are decent people on a personal level. However, I don’t bother to talk politics with them. Why? Because they completely lack the ability to grasp the opposing arguments on issues that I find important, like gun rights.

To make the situation worse, anti-gunners often are arrogant in their ignorance of any other viewpoint. Just downright insufferable.

Want an example? Well, you asked for it. Tom Knighton writes,

While I vehemently disagree with most gun control proponents, I rarely doubt what they really want. No, it’s not really about control, not for most folks on that side of the fence, anyway. They really do think that gun control will save lives. They buy into the idea that guns are somehow responsible for gun violence and that if you take away the guns, violence will be reduced.

I even understand how they think violence will be reduced, mostly because they believe that while the same people may well be violent, they won’t have an efficient tool with which to hurt others, thus reducing their ability to be as violent.

Now, I think they’re wrong on every aspect of it. I said I understand it, not that I agree with it.

Understanding your opponents is very important. It’s good to know where they’re coming from so you can debate them effectively.

Meanwhile, in an article about the gun control fight, I came across a quote from a member of Moms Demand Action regarding the protests in Richmond on Monday.

Hudson says the demonstration in Virginia and pushback in Arizona won’t deter their efforts.

“It’s a temper tantrum because we’re trying to pass laws that will save lives,” said Hudson.

Well, it’s good to know the opposition is taking our arguments seriously, now isn’t it?

Couple this with anti-gun lawmakers referring to gun rights supporters “little kids” and the media doing their level best to paint us as white supremacists and what you see is that reasonable debate is becoming less and less possible.

Richmond was an effort to remind Virginia lawmakers that gun rights supporters exist and aren’t in favor of anti-gun policies. While Democrats have decided already to ignore what the protesters had to say, it was still important. It’s something those in swing seats will have to consider if they want to remain in power.

Look, like most gun rights advocates, I fully support the right of someone to disagree with me, no matter how misguided their thinking is on the issue. After all, we live in America, so they have the right to be wrong.

But it’s anti-gunners’ unwillingness to respect our Constitutional rights and to deal civilly with pro-2nd Amendment people that caused the #VAGunRightsRebllion to begin in the first place, and it’s anti-gunners’ arrogance that will cause the gun rights movement to grow.