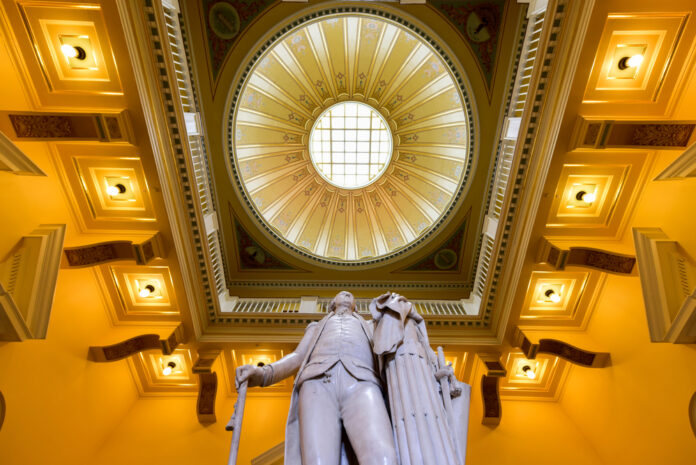 You may have heard the news that one of Virginia Governor Ralph Northam’s pet gun control bills, which would have made it a felony to to leave a loaded, unsecured firearm where a minor might be able to get fold of the gun, died in committee. Yes, we want to protect children, but that law was ripe for abuse. No sensible person is going to knowingly leave a loaded firearm near a child, and people without common sense weren’t going to follow that law anyway if it passed.

It was just a waste of time and ripe for abuse. Like all gun control laws.

We’re a little more than a week away from the crossover deadline in the Virginia legislature, and lawmakers are still hard at work in Richmond trying to infringe on the Second Amendment rights of residents. But as Dave Adams, legislative affairs director for Virginia Shooting Sports Association tells me on today’s Bearing Arms’ Cam & Co., several anti-gun bills were actually set aside or defeated in the Senate Judiciary Committee on Monday [Virginia Shooting Sports Association said that they are ‘SB13, SB15, SB353 and SB490. Bell’s range bill, Ebbin’s firearms on Capitol grounds, as well as his bill carrying firearms in building owned or leased by state’], and Governor Northam’s proposed gun, magazine, and suppressor ban appears to be in some serious trouble as well.

Adams was in the Senate Judiciary committee this morning as a number of gun bills were brought up. Surprisingly, a number of bills were set aside by the committee, which basically means they will see no more action this year.

Another gun control bill was suffered an outright defeat in the committee today. SB 851 would have made it a misdemeanor to allow a child under the age of 18 to have access to a firearm, and during questioning Sen. Chap Petersen, a northern Virginia state senator who’s successfully amended several gun control bills this session to make them slightly less awful, talked about how this bill could impact gun owners like him who take their kids to the range to teach them responsible gun use. The bill ultimately died on a 7-8 vote, which is great news for gun owners and a sign that a similar House bill will face trouble in the state Senate, especially since the House version makes it a felony to allow a minor under the age of 18 to have unsupervised access to a gun, even for hunting or self-defense.

Beyond the bills heard in the Senate Judiciary committee today, there are a lot of folks wondering what’s going on with Northam’s proposed gun ban. The crossover deadline for legislation is February 11th, and HB 961 hasn’t even had its first committee hearing yet. The gun, magazine, and suppressor ban has the backing of the governor, but four Democrat state senators say they won’t vote for the current language, and the bill appears to be having some difficulties in the House as well. I have no doubt that Democratic leadership wants to get the bill to the governor in some form, but they’re going to have to move quickly to do so.

In a nutshell, anti-gunners in the Virginia legislature, Virginia Governor Ralph Northam, and, by extension, anti-gun Presidential wannabe Michael Bloomberg are taking a beating.

And anti-gunners kept saying that the #VAGunRightsRebellion and the gun sanctuary movement wouldn’t make a difference. How wrong they were.