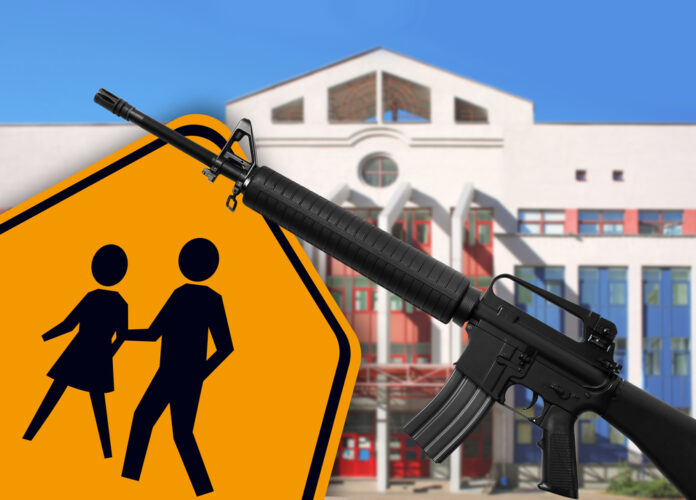 One of the things that many people in America are terrified about is the possibility of a mass shooting, especially when that shooting involves students. This is a completely understandable concern. After all, we want to protect our kids. We want them to both survive and succeed in life.

Of course, anti-gunners take this concern and then do something crazy: they make kids easier targets and, therefore, more vulnerable. How? By insisting on gun free zones (which mass shooters target because, presumably, no one will be shooting back) and gun bans at school (again, which means no one is shooting back at the shooter).

So, what is the solution? One solution which has been put out there, for college campuses, at least, is to allow campus carry. In other words, to allow college students to be armed with firearms on campus.

A proposed bill in one Southern state would make that state another state in which campus carry is legal. An article from WYMT.com gives us details:

A proposed bill, if passed, would allow students to have a concealed carry gun at public higher education institutions. The idea sparked conversations inside and outside the classroom at the University of Tennessee

“It makes me a little nervous, guns, in general, make me nervous, I’m just an anxious person,” Gray, a student, said.

Some students said they were indifferent about guns on campus. Many students were for the move saying it’s a means of self-defense.

The proposal states students would need a carry permit and be in compliance with state law. Some students said lawmakers could use their energy elsewhere.

“Having concealed carry, but also not having the options of suitable mental health access is not a good idea,”

Guns on campus was a hot button topic back in 2016 when lawmakers were deciding whether or not to allow faculty and staff to carry. More than 80 percent of UTK faculty, who were asked in a poll, did not want guns on campus.

The final decision was not on their side as lawmakers passed the 2016 bill.

Now, despite what nervous, anxious Gray “feels” about the situation, campus carry is almost certain to make Gray safer on campus.

Why? Because you almost never hear about mass shootings where a legal gun owner was on site. Why not? Because that legal gun owner shooting back prevents the active shooter from injuring or killing more people (which prevents enough people from being shot to call the event a “mass shooting”).

In other words, campus carry would allow students to shoot back instead of being sitting ducks. And, no matter your political position, less people being injured and killed is a good thing.