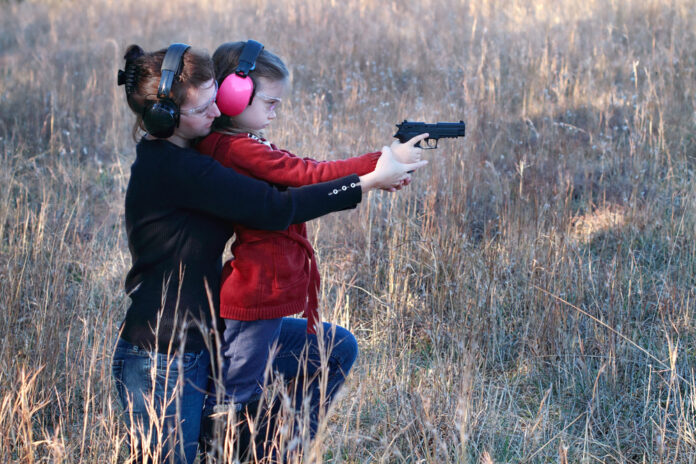 You’re about to watch a video that I’ll bet (since you’re reading this website) will will make you smile (hat tip to here for the lead). At the very least, the little girl’s smile at the end will bring a smile to your face.

Of course, new Biden VP pick Kamala Harris would freak out about this video and call it child abuse. That should be your first clue that it’s going to be completely rational and sane with no abuse at all.

What is it? It’s a video of a little girl shooting pistols. Aggressively. Like she knows what she is doing. As in dual pistol wielding with a confidence that would make Annie Oakley proud. And when the left pistol runs out of ammo, she tosses it aside without a care in the world.

Of course, Moms Demand Action would be horrified to see this video. It shows a capable little girl firing pistols without fear. Like every adult woman should be able to do to protect themselves.

See, contrary to anti-gunners, women being proficient with firearms is actually one of the things that can bring safety to women to stop abuse. Instead of sympathizing afterwards with hashtags, we should arm our wives and our daughters with both competence and confidence with firearms so that they don’t need sympathy afterwards because they stopped the assault themselves.

And little girls like the one in the following video from a tweet by @BlessUSA45 are the ones who will not only protect themselves but will also protect others from the predators who pushed to get gun control laws passed so that those predators could have easy prey.

Never forget, gun control is is the fox finding a way to get rid of the hen house so that he has easy eating.

Your daughters and your wife deserve better.

So, I won’t suggest that your daughter should forget Barbie if she like Barbie dolls, but definitely look at adding this kind of thing into the mix of life experiences.