Home Guns You Will Be Shocked By How Many Gun Control Proposals Biden And... 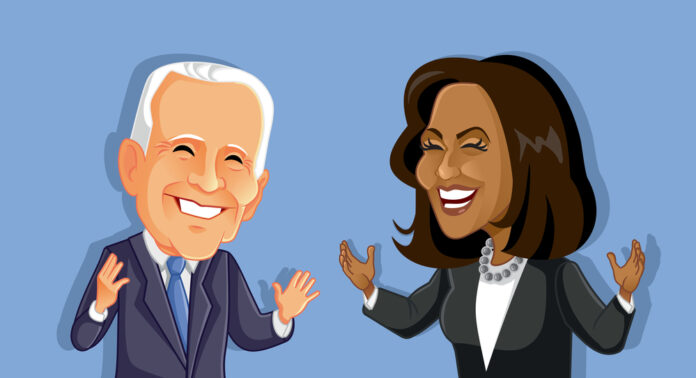 The fact that one of the major political parties in America is pushing hard for gun control will probably come as no surprise to you. It probably won’t come as a surprise to you that they’ve introduced a huge number of pieces of legislation over the years in both Congress and state legislatures to limit your gun rights.

What might shock you, though, is the number of gun control planks that they’ve put into their party platform for the 2020 Presidential election. It’s truly remarkable how anyone can put that much foolishness into so few lines of text on two pages. John Boch writes,

The Democrat Party has released their final party platform for 2020. In it, on pages 47 and 48, they spell out exactly what they have in mind for the little people in America. In short, they want to ban the manufacture and sale of America’s favorite firearms.

But just like a bad infomercial, that’s not all!  They want to establish national licensing schemes, ban internet sales of guns, gun parts, and ammo, ban the private sale of firearms and establish a national “red flag” scheme that will strip people of their fundamental Constitutional rights without a due process hearing.

Joe Biden doesn’t like guns, gun owners or gun rights. He made it clear that plans to make Beto “Hell yes, we’re coming for your AR-15” O’Rourke as his gun confiscation czar if he wins in November.

That was even before he lost the ability to remember what he had for breakfast or string together a cogent paragraph without reading it from a telepromter.

Before he became obviously cognitively impaired, Joe famously advised Americans to buy a shotgun for home defense. Because no one needs an “assault weapon.”

And Boch is right. The Democratic party platform calls for more CDC funding, calling gun violence a public health issue, universal background checks, banning online firearm and ammunition sales, banning “assault weapons” (which, of course, means the scary looking guns) and high capacity magazines, pushing for more licensing requirements to own a firearm including preventing people with unpopular viewpoints from owning firearms, requiring that guns kept in a home are stored in particular ways, and holding firearms manufacturers accountable for the actions of individuals.

It’s a clueless gun control zealot’s Utopian dream, and none of it will make the least bit of a dent in murder or violence rates.

How you choose to vote is your business, but it’s pretty clear that if you value your Second Amendment rights, voting for Biden and Company this year is not an option.