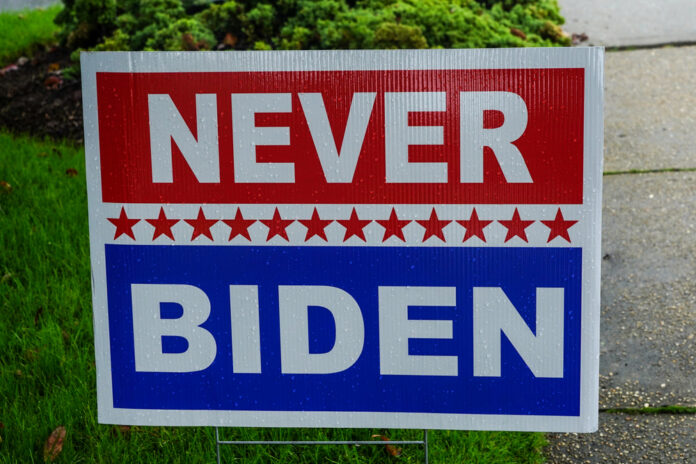 It’s no secret that Joe Biden, despite what he keeps telling people, is anti-gun to the extreme, and it’s no secret that his running mate, Kamala Harris, is an even worse advocate for gun control than Biden. Add on wanting to make Beto “Hell, yes, we’re going to take your AR-15” O’Rourke their gun czar, and Andrew “I never met an anti-gun law that I didn’t like” Cuomo their choice for Attorney General, and you have a recipe for disaster for our republic.

With that in mind, it shouldn’t be any real surprise that Biden and Harris have put forth gun control proposals that read like an anti-gunner’s dream. But you still may be shocked by how bad their proposals are. Andrew J. Sciascia writes,

Gun Owners of America, for its part, told The Western Journal on Wednesday that the plan was among the most “draconian” it had ever seen from a serious electoral contender.

“The Biden gun control plan is the most aggressive and dangerous that we’ve ever seen put forward from a tier one presidential candidate — and includes more than two dozen draconian objectives,” said Erich Pratt, the organization’s senior vice president, in an email.

“For example, Biden would ban the future production and possession of commonly-owned firearms such as the AR-15 and would treat currently owned AR-15s like automatic firearms.”

According to a detailed copy of the plan currently available online, Biden has fallen in with the more progressive wing of the Democratic Party since the start of his campaign, moving to classify American gun violence as a “public health epidemic.”

The Biden/Harris plan would ban online sales of firearms and accessories, and the plan would also hold private citizens, in the words of Gun Owners of America’s Erich Pratt, “criminally and civilly liable” for not locking up firearms regardless of whether anyone was hurt as a result of not locking up a weapon.

Possibly the stupidest part of the plan, though, is the requirement that, also again from Pratt, “all guns to be ‘Smart Guns.'” Then again, holding firearm manufacturers liable for a shooting committed with a firearm that they made ranks up close with the smart gun nonsense.

Put simply, the Biden/Harris gun control plan takes all of the absolute worst ideas (yes, including gun buy backs) for decreasing gun violence and marries them with with some of the worst infringements on rights and liberties that have been proposed in the U.S. in our lifetime.

To put it simply, these two must not be voted into office.