Home Guns This Older Lady Is Ready For Reindeer Or Rioters 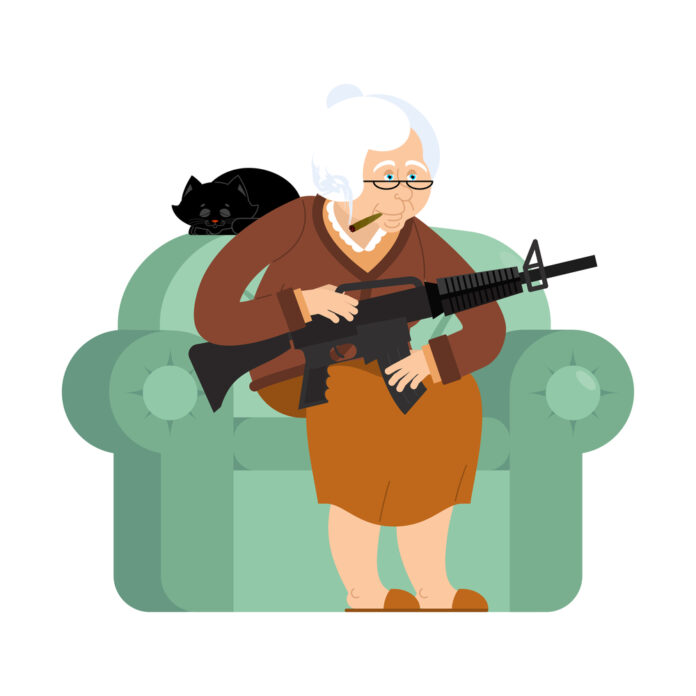 One of the most bizarre things to me about anti-gunners is how they will often tell you that they are pro-women and for women’s safety, but at the same time, these anti-gunners want to take away the single item that can best even the odds between a woman and a bigger and stronger threat: a gun.

But a recent video posted on Twitter by the NRA shows one Grandma who isn’t to be messed with. She knows how to use the AK-47 in her hands. David Hookstead writes,

One woman is making the rounds on Twitter for all the right reasons.

In a video tweeted by the NRA, an elderly woman absolutely ripped an AK-47 while shooting out in the snow.

I sure hope Santa has an invitation to her house when he enters. If not, he might find himself taking fire like it’s Baghdad circa-2003.

Here is the video for you to watch:

Look at this lady lay into those shots. No hesitation, no fear. Just resolve to get the job done, and that resolve is exactly what is necessary when a person is protecting their own life or the life of someone else.

So, while I love this video and I love seeing this woman who appears to be taking responsibility for her own protection by becoming proficient with firing a rifle, keep in mind that the very people who tend to say that they want to protect women (even though they often say that men and women are no different from each other, so they can’t actually be more vulnerable to physical harm, can they?) are also the same people who want to disempower women by taking away one of the equalizing factors between people in conflict: a firearm.

Remember, gun rights are women’s rights because having access to guns and training is what allows women to protect themselves. Any rational person should be in favor of that.