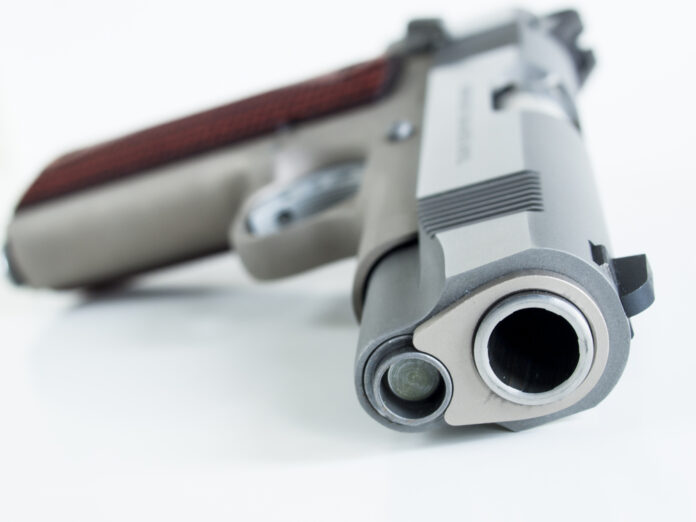 It’s a sad day in the world when even the people that you disagree with don’t seem to realize the implications of what they are saying.

Of course, it seems like huge portions of our country have this problem, but Shannon Watts, the head of Michael Bloomber’s Moms Demand Action, has really taken the cake for complete cluelessness with a recent social media post in reply to a story about an almost mass shooting in Louisiana (hat tip to here for the lead).

I suppose that I shouldn’t be surprised. She is an anti-gun zealot, after all.

So, here’s the scenario, details of which are provided by Michael Ruiz and Brie Stimson:

Armed citizens were credited with limiting fatalities in a shooting in Louisiana on Saturday that left three people dead, including the suspect, according to authorities.

The outburst, at a gun store and range just down the road from Louis Armstrong New Orleans International Airport, also left two people wounded, according to the Jefferson Parish Sheriff’s Office.

“Arriving deputies located several victims suffering from gunshot wounds,” the sheriff said in a statement. “Three individuals were pronounced dead on the scene, and two more were transported to a local hospital for treatment. The two transported victims are in stable condition.”

It happened near a gun shop and shooting range on Airline Drive in Metairie, La., just west of New Orleans, and the armed people at the scene helped subdue the gunman, according to authorities.

Now, this seems to be a pretty clear case of a situation in which the good people with guns prevented a massively higher death toll.

Preventing a higher death toll is a good thing, don’t you think? Apparently, not to Watts who posted on social media:

Lots and lots of armed people at a store in a state with lax gun laws.

According to the @NRA, this Louisiana gun outlet should have been the safest place in America.

One has to wonder if Watts has even thought about what would have happened if armed people at the “gun outlet” hadn’t been there to stop the shooters. Does Watts want another Sandy Hook situation or a Parkland shooting or a Colorado Springs shooting? All of those mass shootings were worse because either no one on the scene had guns other than the mass shooters or, in the case of the Parkland shooting, the law enforcement officer who was on the premises refused to engage the shooter until the death toll was ridiculously high. In other words, he had a gun, but he didn’t do his job of using it.

You have to wonder from this social media post, does Shannon Watts want to prevent gun violence or does she actually prefer higher death tolls in attempted mass shootings?