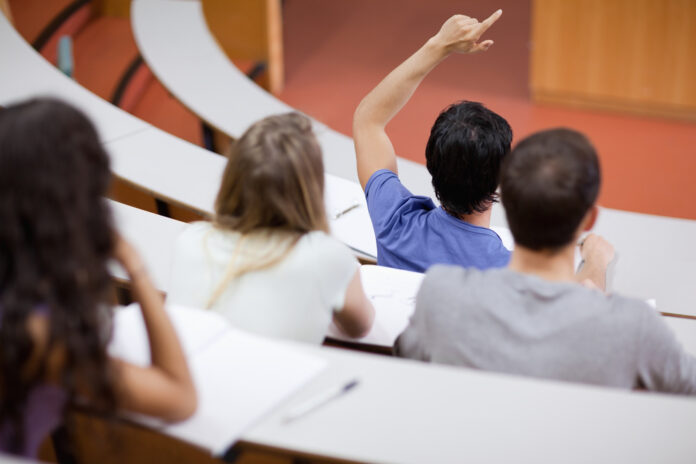 Now, we can speculate as to why they are afraid (one reason that we do know is that they don’t want anyone to be able to resist their intimidation tactics to force left-leaning thinking down students’ throats. No, that’s not an exaggeration. See here.), but what is clear is that anti-gunners nearly go into convulsions of rage and foam at the mouth when you talk about young people, people who are old enough to serve in the military and vote, being able to protect themselves from another Virginia Tech horror show.

Fortunately, not all legislators everywhere buy into that nonsense, and another state is considering allowing campus carry on the campuses of public colleges. Anthony Conn writes,

Concealed carry rights on college campuses is once again up for discussion at the West Virginia Capitol.

Senate Bill 246, introduced by Sen. Mark Maynard in judiciary committee Friday, allows licensed employees, staff and students with a concealed carry permit to carry a gun on a public college campus. It would allow those adults to carry at school functions such as a sporting event with up to 2,500 people.

“You have students that have to walk quite a ways to get to campus that need protection, or feel like they do,” Maynard said. “Then once they get on campus, they feel that way.”

I’d be surprised if voting for this bill does anything but come down along party lines as one party has made one of their key policy positions the effort to strip Americans of fundamental rights and to make Americans sitting ducks for criminals. Not surprisingly, no one from that party was willing to talk to the media about this bill. Again, from Conn:

No Democratic senators that Eyewitness News reached out to wanted to comment on this bill, but the topic has proven controversial. Maynard feels some colleges are infringing on Second Amendment rights.

I know that you’re as shocked about that as I am.

We’ll have to see what happens with this bill, but, hopefully, the people of West Virginia will put the pressure on their legislators and get this bill passed. Students should be able to defend themselves if a would-be mass shooter shows up on campus because recent history in multiple instances shows that a responsible gun owner on campus who is willing to protect people is the best way to minimize the number of casualties because school of administrations aren’t doing it.