Home Guns Another 2A Win From Supreme Court 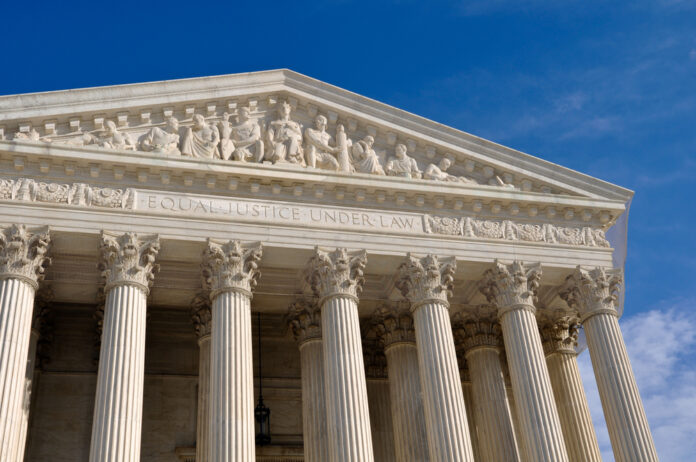 Anti-2A politicians keep trying to pass legislation and use executive orders to try to steal the Second Amendment rights of law-abiding Americans, and for quite a few years, with a liberal-leaning Supreme Court of the United States, there wasn’t much hope to change that situation soon.

But with a court with several Trump-appointed justices on it, all of whom are more Constitutionally-minded than the justices that were already on the court, we’re finally starting to see our Second Amendment rights respected by the court again.

More evidence of this comes from a recent case which could make the politicians and bureaucrats in one very liberal leaning state afraid (because they’re always afraid of legal gun owners even though the legal gun owners are the safe people). Matthew Vadum writes,

The Massachusetts law in question, the constitutionality of which is now in doubt, imposed a lifetime ban on purchasing handguns—but not possessing them—on anyone convicted of a nonviolent misdemeanor that involved the possession or use of guns.

The high court remanded the case, Morin v. Lyver (court file 21-1160), to the U.S Court of Appeals for the 1st Circuit “for further consideration in light of” the Supreme Court’s landmark June 23 decision in New York State Rifle and Pistol Association v. Bruen.

Massachusetts was previously added to Morin v. Lyver as an intervenor to defend the constitutionality of the state law.

The order was unsigned and no justices indicated they were dissenting from it. The justices didn’t explain why they granted the order.

In Bruen, a 6–3 ruling, the high court recognized a constitutional right to bear firearms in public for self-defense and struck down New York’s law that required an applicant to demonstrate “proper cause” to obtain a license to carry a concealed handgun in public.

The court also found that gun restrictions must be deeply rooted in American history if they are to survive constitutional scrutiny.

Here we have another Supreme Court decision acknowledging and respecting the Second Amendment to the Constitution, and it’s a wonderful thing to see.

Now may be the time for legal challenges to all gun control laws to be filed as we could finally turn the tide against anti-2A zealots in state and local governments. That would be a good day, indeed.